How my younger sister destroyed my marriage with pregnancy 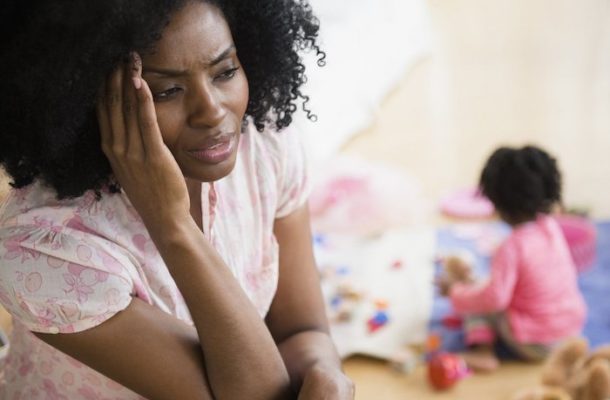 After I delivered my first child—a boy, I thought I needed help. I suggested it to my husband that we allow my junior sister to come live with us so she helps with the house chores and run errands for us. My husband didn’t even blink before he said yes to my request.

My junior sister was very helpful when she came. She did a lot of things to help the house and ran most of the errands of the house. When I resumed work after my maternity leave, she was the one taking care of the baby. She made my transition from maternity to work very easier since she was there to take care of the baby and even cook for the house.

My husband didn’t have a very good relationship with her. He didn’t hate her or despised her but he hardly spoke to her or even asked her how she was doing. It didn’t bother me a lot because that was expected of my husband. He was the quiet type and didn’t favor small talks.

One evening, after using my junior sister’s phone to make a call, I accidentally opened her Whatsapp app. Just when I was about to close it, something caught my attention. I saw my husband’s Whatsapp DP among the list of chats on her phone. I opened the message and the last time they exchanged messages was just that evening—about two hours ago;

My husband: “I hope you were not bored today too?”

My Sister: “Not at all. The baby has been keeping me company.”

My sister: “Would you watch tv with us tonight too?”

My husband: “I have something to do. Sorry”

I had mix feelings about the messages. In one hand, they barely exchange words with each other in the house and on the other hand, they chat happily on Whatsapp. “What’s going on here?” I asked myself. Just before I could give myself the chance to think further about the whole thing, that little voice in my head kicked in; “Don’t be stupid! there’s nothing going on. Get your head off the gutters.”

I left it there and spoke nothing about it with any of them. One night, my sister picked a bottle of water and started heading towards the bedroom so I asked her; “Where are you taking the water to?” She answered; “Edem wants it.” I questioned; “How did you know he wants water?” “He sent me a message to bring him water,” She answered.

From that day on, I decided not to worry about them again. They’ve made a choice to communicate through messages. If it serves them well, so be it.

Some months later, I returned from work to see my junior sister lying miserably in bed. I asked her what the problem was and she said she had been shivering since morning and experiencing headache and has been very weak to even move around. “Malaria,” I told her. I gave her some painkillers and asked her to go to the hospital the next morning.

I stayed home to take care of the kid while she went to the hospital. When she returned, she said the doctor confirmed it was malaria and gave her some drugs. She then went straight into her room to sleep. Some minutes later, I went to her room to see her sobbing. “Are you in pain?” I asked. “Yeah, my head aches badly.” She responded. “Take your drug, you would be fine,” I told her

Later in the evening when she entered her bath, I went into her room and checked the drugs she was given. None of them was a malaria treatment drug. I checked the sheet among the drugs. It was a test result. She tested positive for pregnancy. “What!” I screamed in my head.

I left her and went and opened the gate for him to enter.

I called my mother afterward to tell her about it. My mum was on the phone with her for close to an hour while I was attending to my husband and baby. Later my mum told me on the phone; “I would come over tomorrow morning. It’s more complicated than I thought.” The next morning, my mother came and gave me the news.

“Your sister told me last night that it’s your husband who got her pregnant.” “Huh?” I screamed with my eyes wide opened. “What are you saying? How is that possible? Nooo, she’s lying, that can’t be possible.” I went around screaming and ranting but my sister insisted that was the truth. Now it was my turn to sob.

I locked myself up and cried while my mother kept questioning my junior sister on how it happened. I didn’t want to hear the details. My heart was breaking. Everything I’ve ever worked for in my marriage and the future I’d plan started melting away. The question I kept asking was “How could this be?”

By the time my husband entered the hall from work, the three of us were seated waiting for him. I could see he was surprised to see my mother but the looks on our faces got him more confused. He greeted and no one responded. He asked what the issue was and I burst out crying. After my mom had told him everything, he turned to look at my face and looked at my sister’s face and asked; “Are you people joking? How can I do that?”

He turned to my junior sister and asked her; “Who got you pregnant?” She didn’t answer and kept crying. Then she asked me; “You sister is pregnant and you couldn’t tell me?” I retorted; “who should tell you? Didn’t you know she could get pregnant when you were on top of her?” The whole situation got messy. I insulted him. I really did. I called him names. Unprintable names. My mom didn’t go direct at him but made a lot of insinuations. He kept saying my sister was lying.

My father was told the next day and he couldn’t believe it either. He came over and spoke to my husband. My husband kept repeating that he was innocent. We made a decision to help my sister get rid of the pregnancy. Then my father said to us; “I will take this one (my sister) away but I can’t decide for you and your husband. Decide for yourselves what will be good for you.”

My family left us but even before they leave, I’ve decided for myself already. I wasn’t going to stay in the marriage. I was going to leave as soon as possible.

The next weeks that followed, I couldn’t look at him. He didn’t say much either. I got a new nanny and buried myself in my work just to help me forget. That didn’t work. I called for separation and he obliged. He agreed to leave the house for me and the kid and wasn’t going to contact me until I made a decision. He finally packed out.

Almost seven months after separation, I decided finally that I wasn’t going to stay married again. We did the traditional divorce and started the court one. That took us a very long time and major twists here and there but finally we went through with the divorce. My husbands calm through it all surprised me. He accepted everything I suggested and was willing to get through with it once and for all.

Divorce done. I got my life back on track and seemed to enjoy the new direction my life was going. Three years after the divorce, I met a friend of my ex-husband. During the conversation, he told me my ex-husband was living with him throughout the whole period leading to the divorce and he had nowhere to go because his family rejected him. They called him bad luck so, after the divorce, he gathered all he had, sold them and traveled to the UK. I told him, “We all have to pay for our sins somehow.”

Just about a year ago, my father invited me home. He said; “You need to hear this for yourself. Come over.” When I got home, there was a man, my junior sister and both my dad and mom were seated waiting for me. I smiled and greeted them. “Is my sister going to get married that man?” I asked myself. Immediately I sat down, my father said; “Pastor here’s my first daughter. Now you can talk to her.”

The pastor began; “You sister narrated a dream she’s been having lately to me. She said for one month now, the dream keeps coming—someone chases after her, stab her and take off her womb to feed to the vultures. I asked her if she had wrong anyone. At first, she said no. Upon lengthy discussions and reflections, she confessed to me that she lied about your ex-husband and it led to the divorce. Somehow, I feel she’s burdened and it’s about time she told the truth. So here we are, asking you for forgiveness.”

From nowhere, tears started flowing. I tried to stop it but it wouldn’t stop. I couldn’t bring myself to say anything. I was broken—shattered actually. I looked at their faces and told them; “I’m not the only one suffering because of her lies. My ex-husband couldn’t stand the shame so he had to sell what he had and leave the country. My son will grow up without the love of a father. I can’t forgive on their behalf. They have to do their own forgiving but like I always say, we all have to pay for our sins somehow. I’m paying mine for believing in her lies. Let her pay for hers too.”

I got up and walked away with my tears.

The week that followed, I tried locating my ex-husband to at least tell him the truth and apologize. I finally got his number from the friend I spoke to recently. He didn’t act surprised when he heard my voice on the phone. He asked about his son and how I’ve been doing. I told him everything. I told him; “My junior sister said it was the idea of the boy who got her pregnant to find someone and give the pregnancy to him. She didn’t know anyone but you. Plus, the boy promised he would be traveling to abroad and come back for her. With the pregnancy, everything could change. She was just a girl so she believed the boy and did what she did.

I said sorry to him several times. Still, he didn’t act surprised. He only said; “I’m glad the truth came out finally. I’m doing fine.” He laughed and I laughed back.