How 'Sex and the City' revolutionized sex for women 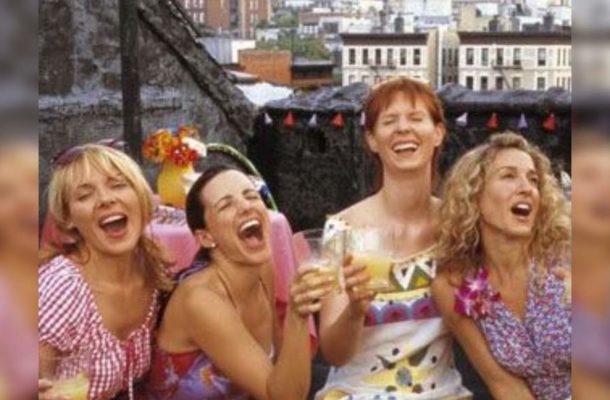 The four girls from ‘Sex and the City’ have left a mark on all of our hearts. Whether it’s Carrie Bradshaw’s fashion affair, Miranda’s career gossip, Charlotte’s self-growth or Samantha’s boss moves about sex. This show opened up to women like never before-about life, careers, feelings and most importantly sex.

Women have seen ages, been tied down in private matters like sex. If you are too much about it, you’re a ‘slut’ and if you shy away from this too much, then you’re a ‘prude’. Labels tag along with you no matter what. The characters in the show have absolutely destroyed any such foolish norms and beliefs that looks down on women in any aspect. Speaking about careers and goals more than your husband and children is not enough, and now even sex?! That’s the society’s general old-pestered opinion.

Sex is so simple, yet complicated-or is it? The show is gut-pinchingly hilarious as it takes us through the lives of these four women and their countless adventures of sex. It’s surprising how a topic like ‘sex’ that is so obsolete among society can teach us inevitable and important lessons because sex is something that all of us will resort to at one time or another. Why hide it at all?

From emotionally unavailable men like Mr Big to Samantha’s noisy neighbours, we slowly came to understand how sex can be really simple. There’s not much of a big deal about it. We have all been in Carrie’s place where we couldn’t decide if Mr Big was the one or the good-hearted Aiden. But choosing shoes over men was as simple as it could go. It’s hilarious but relatable.
Sex can be spoken about quite efficiently. There’s nothing to hold back because this is physical intimacy we are talking about. Notions like two people should only have sex when they have feelings for each other are completely rubbish. Sex and the City normalised the concept of casual relationships. You don’t have to be guilty of not having feelings for someone but still, wanting to have sex with them. Sex, stars, sparkle, all the way!

Talking about what you exactly want is also a trait that these women left behind. Whether It’s Miranda telling her husband that she’s lost interest in sex or Samantha going to the shop to get her sex toy repaired. Samantha has never doubted her actions and is stunningly bold about her opinions. She doesn’t care if the other person in a cafe disapproves of the fact that she’s ranting off a bad sex experience with a seemingly 6-foot guy. She instead passes a snarky remark that leaves people embarrassed. She celebrates her independence and doesn’t give care at all what people think of her.

However, women can also relate to Charlotte who prefers to keep it down when it comes to sex. She’s timid but opinionated, soft-spoken but bold. She also shows a very realistic side of life-where she dreamed of getting married to prince charming with a hunk-some body but ended up falling for a bald and short Harry.

However, if you’re the one to choose suits and sex over wedding rings and sex, then Miranda has portrayed her character perfectly. For her, the job and career were no less than attending her son’s science fair at school. She chose to balance life instead of tippyty-toeing a guy’s apartment the next morning.

Sex and the City is one of a kind. It teaches you about love and sex. A deadly combo.