How to handle silent treatment from your partner 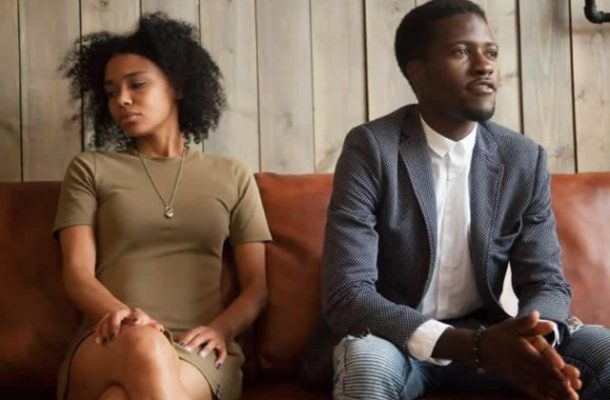 Silent treatment is one of the most anxiety-provoking relationship dynamics.

It's important to practice self-care in face of being ignored by someone you love, as the experience can affect and disrupt your entire nervous system and create reactivity.

Why is the silent treatment so painful?

As social creatures, we depend on the response and feedback of other people we feel emotionally connected to. It is biologically programmed in us to look for cues from others to feel safe and connected in the world.

For example, when babies were ignored by their mothers for even a couple of minutes during the landmark “still face experiments" conducted in 1975, the infants quickly became disoriented and visibly distressed.

On a visceral level, we are similarly impacted by being ignored even as adults.

Between romantic or married partners, the silent treatment is often referred to as stonewalling, which is defined as "a persistent refusal to communicate or to express emotions," and considered one of the most destructive patterns in relationships.

The silent treatment creates isolation and destroys connection, so relationships in which one or both partners regularly shut down and stonewall the other don’t tend to last.

Silent treatment creates an absence of information and therefore uncertainty on the receiving end. This evokes a sense of unease.

The mind of the person who is being ignored automatically begins trying to fill the void by coming up with possible explanations for the silence.

When you're being ignored, it's normal to search for reasons and attempt to interpret the situation so you can regain a sense of control and determine your next steps.

Your interpretations, however, are prone to be colored by your own unease, and therefore to focus us on the negative spectrum of possibilities, such as being rejected, disliked, abandoned, or unloved by the person ignoring you.

In response to the distress you feel when being ignored, it's common to do any or all of the following things:

It's important to recognize the mind’s vulnerability and our tendency to project our worse fears on others in order to stop ourselves from acting on these thoughts.

While it may seem as those the person you love is ignoring you on purpose, underneath the surface there is often a more vulnerable reason for their silence, which they may not even be consciously aware of themselves.

Silent treatment is a protective shield behind which difficult emotions such as overwhelm, hurt, sadness and fear often hide — resulting in someone finding themselves at a loss for words.

If you find yourself on the receiving end of the silent treatment, the best way to respond in order to reconnect in the midst of your loved one's shutting down is with caring curiosity towards them.

Before engaging with the person who is ignoring you, however, it's important to reestablish calm and connection within yourself first.

Here are three steps to follow when responding to the silent treatment:

In some situations, it will turn out the person is ignoring you on purpose after making a conscious decision that they need space from you. If so, they may not respond to your inquiry about what is going on for them.

In such cases, it's best not to pressure them for a response, but to instead invite them to reconnect with you and let you know what’s going on for them when they feel ready in their own time.

If a time-sensitive work project or obligation is dependent on their response — for example, if you have plans to attend an event together — you can set boundaries regarding timelines with kindness and clarity.

State your course of action in case they don’t get back to you by a certain time.

For example, "If I don't hear back from you by Thursday before lunchtime, I'll go ahead and cancel the reservation we have for Saturday night in order to avoid a cancellation fee."

Focusing on facts in this way will reduce the chances of either you or they will take such things personally or as a threat.

Finally, remember that you can rarely be certain someone is ignoring you on purpose.

Attributing intention to someone else's behavior is often nothing more than your own mind's projection.