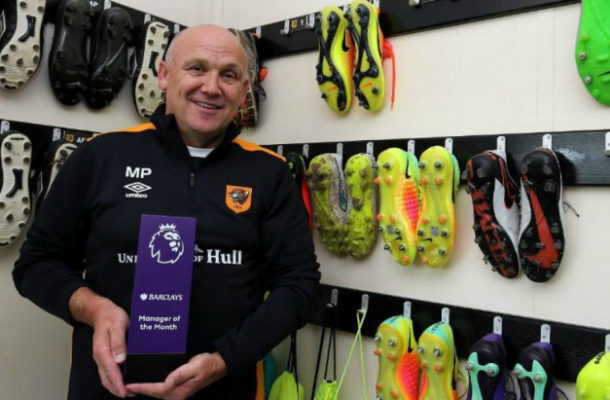 Hull City caretaker manager Mike Phelan has won the Premier League’s Manager of the Month award for August after his side took six points from their opening three games.

Phelan, who was only instilled as caretaker following Steve Bruce’s abrupt departure in July, oversaw a 2-1 victory over Premier League champions Leicester City at the KCOM Stadium on the opening weekend, and a 2-0 success on the road at Swansea.

Hull also succumbed to one defeat, agonizingly losing 0-1 to Manchester United in the last minute of their fixture at the KCOM just before the international break.

Phelan has had a lot of difficulties to contend with since taking charge, not least the fact that the Tigers did not make a senior signing until the August 30.

Moreover, Phelan confirmed just this week that the club and himself still remain far apart in terms of any deal for him to take over on a more permanent basis, as negotiations with Hull’s controversial owner Assem Allam continue to stall.

As a result, despite the fact that Jose Mourinho, Pep Guardiola and Antonio Conte have 100% records so far this season, Phelan has been rewarded for a stellar job in trying circumstances.

‘I am honoured,’ Phelan said. ‘It’s an honour you don’t expect, being caretaker manager. It’s a credit to the football club and to the players for all their endeavours that have given me this achievement.
‘It’s been a turbulent summer. We had a small amount of players available to us but, to all intents and purposes, they stuck to their task really well and it has got us off to a decent start.

‘The players needed some support; we have that now, to some degree. I think that the quality of the players brought into this football will lift the standard and we are hoping we can have a successful season.’

The award is just the second such time a Hull manager has been honoured manager of the month in Premier League history, with Phelan following in the footsteps of current Southend United boss Phil Brown, who claimed the award in September 2008.