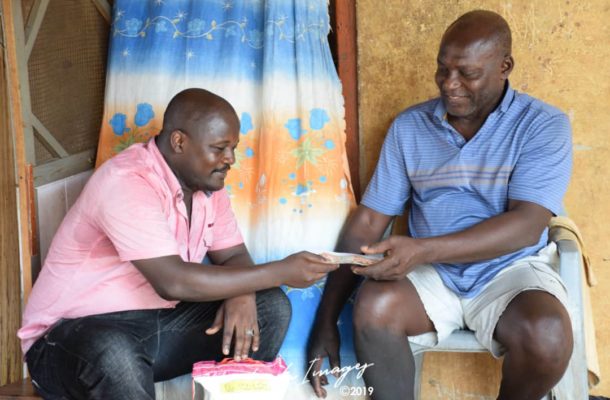 Team LEYLA Images, a Non-Governmental Organisation based in the Krobo Land area has donated to Mr. Alfred Odjao, a security officer at the Lower Manya Krobo Municipal Assembly in the Eastern Region.

The man was attacked by a stroke on duty post barely 3 months ago but was totally abandoned by the Institution he was working with until that unfaithful day.

The CEO of LEYLA images, Tetteh Emmanuel Kwesi Alias KINGLEYLA presented an amount of GHC 200.00 and some food supplies with some provisions to him. 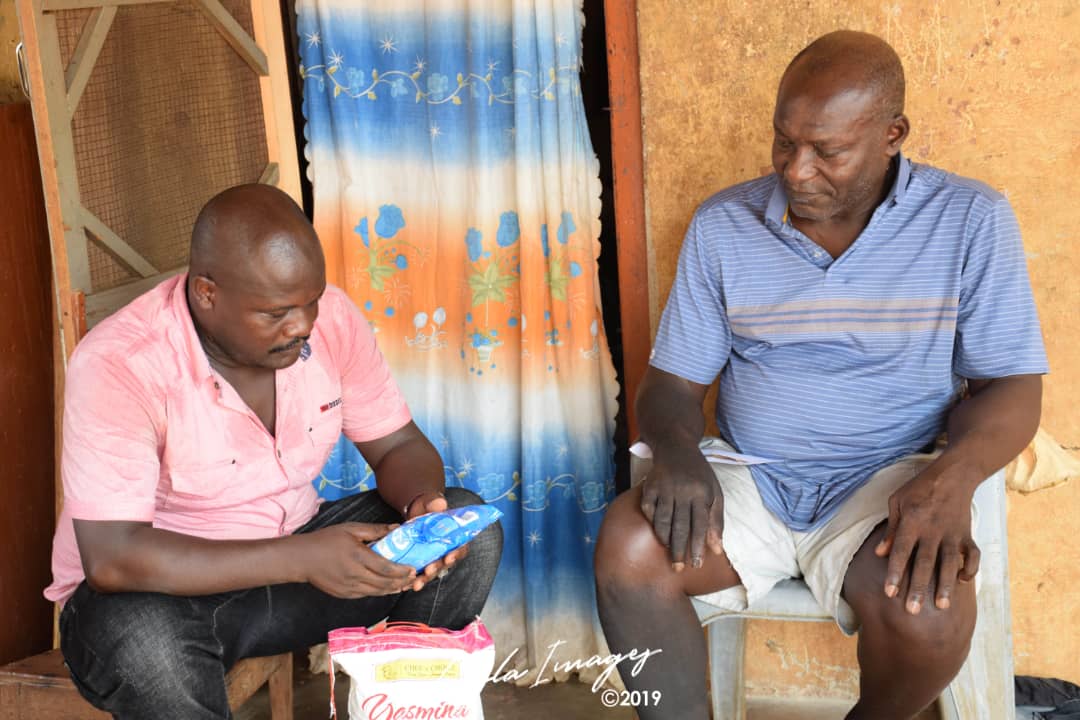 He also assured him of further supports within the shortest possible.

he group intersected the pathetic story of the poor man whose fate has been left in his hands on a sickbed.

The team leader called on all public and private institutions to respect and care for staff during hard times without looking down upon the classes of staff they usually called Junior staff who in most cases undertakes the most risky jobs for the institutions to run for less in regards to salaries and allowances since every human being is equal before God.