Hundreds of Barcelona fans turn up for Kevin Prince-Boateng unveiling 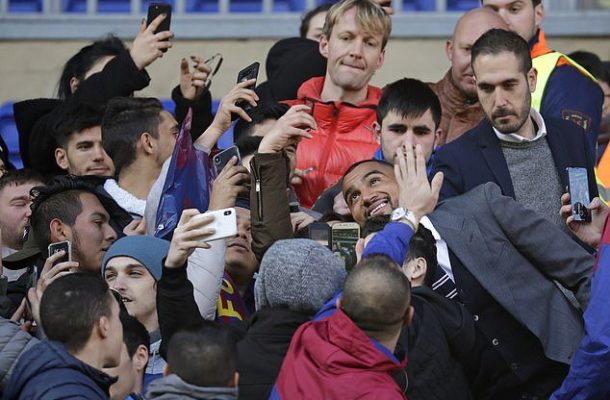 kevin Prince Prince-Boateng has officially completed his shock transfer from Sassuolo to Barcelona.

And on Tuesday, The Ghanaian international was presented to hundreds of fans for the first time at the club’s famous Camp Nou Stadium.

It was an intensive day for the Ghanian forward. He travelled to the hospital first thing in the morning to undergo medical tests.

Afterwards he signed his contract at the Camp Nou where he will remain until at least June. The loan deal is costing Barça €2m and they have the option to make it permanent for €8m in the summer.

Boateng also posed for selfies with fans while dressed in a suit and greeted club president Josep Maria Bartomeu, who was instrumental in sealing the deal.