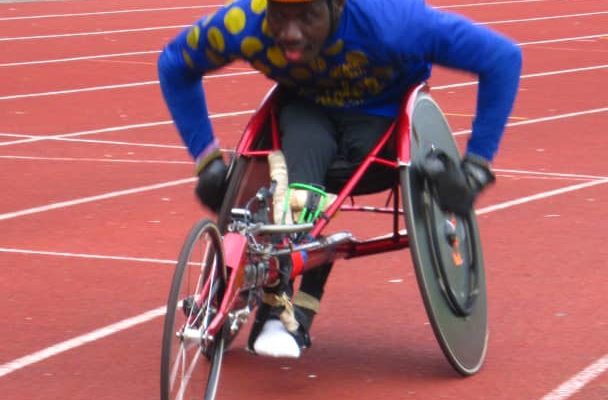 Paralympic Athlete Patrick Yaw Obeng has lamented on how bad the Ghana paralympic association has been neglected by former Sports ministers including the current minister Hon Isaac Kwame Asiamah.

Patrick Yaw Obeng speaking to Akakpo Agodji on media 9 network ,believes none of the sports ministers help in developing Para games in Ghana but the member of parliament for Odododiodio constituency was the worst sports minister.

"I would switch off my television anytime I see of hear former Sports Minister Nii Lantey Vanderpuye speaks. He did nothing during his regime as minister, He did nothing to help paralympics
But when we are to present our issue to parliament for them to discuss.
He would stand up for them to help us but during his time he did nothing and he is the worst ever minister." he said.

"I listened to him when he was a commentator at GBC. I am not a young guy. I have known him since before my accident and even after when I joined Paralympics."

He further stated that the ministry has diverted it's whole attention into football leaving other sporting activities especially the paralympics limping.

"None of the Sports Ministers has helped Paralympics during their regimes. The government has always neglected us. All they know is football and Black Stars."
I have met Hon. Assiamah several times but nothing yielded from all those meetings."