I Am gearing up for higher calling in NDC — Kofi Adams 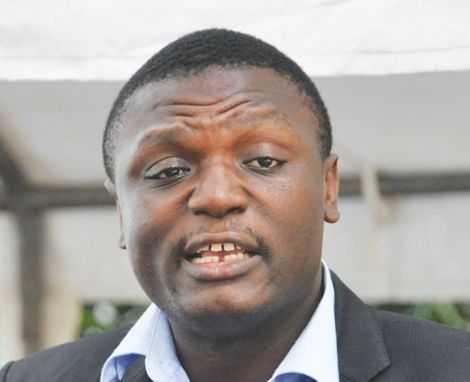 The National Organiser of the National Democratic Congress (NDC), Mr Kofi Adams, has shed more light on his decision not to contest the national organiser slot of the party for a second term by saying he is gearing for a much higher calling when the party opens nominations.

Though it remains unclear as to which position he will be aspiring to, Mr Adams, who previously held the positions of Central Regional youth organiser, deputy national youth organiser and deputy general secretary, was confident that the time was right for him to move higher considering the experience he had acquired while serving in those positions.

“If I remain as the national organiser for two terms, then when am I going to hit the pinnacle? Time, they say, waits for no man,” he added.

He also attributed his decision to the need to pave the way for equally capable persons to fill his current position.

“I made a promise to my supporters and followers that I was doing just a term and I don’t want to go back on those words as I want to carry on to other levels in the party,” he said.

Speaking about his legacy as a national organiser, Mr Adams said he was optimistic that the party would remember him as someone under whose tenure the party managed to build a solid party structure.

He admitted it was unfortunate that the party did not win the 2016 election but said the current party structure was a force to reckon with.

“In more than 95 per cent of our branches, you have existing branch executives functioning very well and effectively.

“For the first time in our party’s history, through proper planning and organisation, we have been able to raise money from members right from the branch and this has been used to finance lots of party activities,” he noted.

He also talked about the implementation of the registration system for members that had made activities of the party more credible.

Mr Adams gave more insight into the party’s decision to allow presidential aspirants to engage delegates prior to the opening of the nominations, saying it was to create a level playing field for all aspirants as some were already illegally engaging the delegates.

“Some of them were doing it illegally while others were obeying the directives. So do you go ahead and punish so that they will say you are stifling or allow an under-regulated system to go? We chose the latter," he said.

Furthermore, he explained that all structures for the party’s elections were almost in place and for that matter, such engagements could not hinder the election process.

“We have determined branch and constituency executives. So what is left cannot be destabilised by their engagements,” he added.