I cried after having sex with multiple women – Repented Morris Babyface 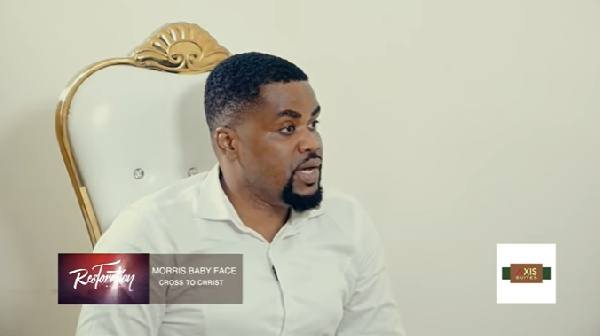 Record producer Morris Babyface has recounted how he used to have sex with multiple women in a day and cried afterwards over his inability to quit the act despite making efforts for a change of narrative.

Morris Babyface who is now an evangelist in an interview on ‘Restoration With Stacy’ disclosed that he could have sex with four women in a day during his time as an unbeliever. His incessant quest to quit the act was foiled by the desire to satisfy the flesh and any time he fornicated, his soul recited an elegy.

“At a point, I realized being a womanizer wasn’t a good thing. I knew my mother was praying for me for a change of mind and direction but I came to the realization that it all depended on me and I could die at any time,” he said.

“People think I exaggerate but it’s true I used to sleep with four women a day. The devil will make you think you’re smart. It was that bad. I believe if I weren’t saved by grace, by now, I would have exceeded that limit.

“I could fast and pray for redemption but just when I’m about to break the fast, one of the girls would call and I’d ask her to come over; we’ll have sex and the fast would be nullified.

“Interestingly, after doing this, I can be alone in my room weeping because I needed God to save me. I couldn’t stop, I kept falling,” the renowned music producer recalled.

According to Morris Babyface, his colleague Lazzy Dogg who used to do secular music took him to a pastor and although he had been to several pastors, that encounter was the turning point.

“I was skeptical because I knew a lot of pastors and what they did secretly. Some were drunkards and womanizers. But I heard a voice that I should give it a try,” he said.

“When we got there, the pastor, Bishop Emmanuel Amoah looked at me, smiled, and said ‘God brought you here’. He told me a lot about salvation. I was there with one of my friends called Kofi. While leaving, we discussed the pastor and said he appears to be genuine.”

“I got home, prayed, and told God to show me the way and went to bed,” he continued. “I had a dream that night. The following day, my friend came to my house and said he had a dream. When he told me about the dream, I realised it was the same dream I had so that meant it was a confirmation that we went to a good church.”

Having had a revelation about how people are suffering in hell, Morris Babyface has asked unbelievers to turn a new leaf, accept Christ as their Lord and personal saviour and work towards their salvation so as not to perish.