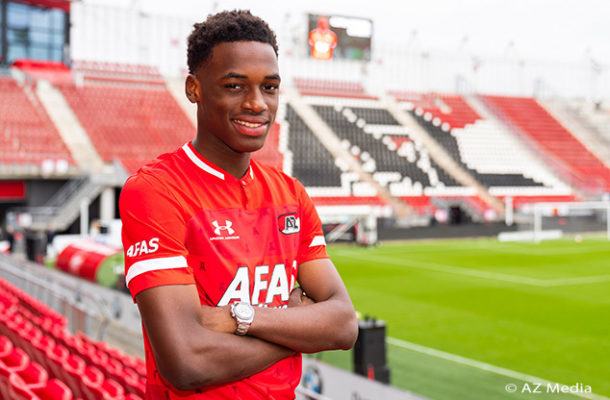 Ernest Poku is the latest sensation to emerge from the AZ Alkmaar conveyor belts of talents and says that he never thought of playing football professionally and he was just having fun with his friends.

"I just had fun for a long time. Together with my friends in a team. I really liked that. I didn't think about playing football at a high level yet. I did it for fun. I only went to FC Amsterdam when I was fifteen to play at a slightly higher level."

The 18-year-old striker played 22 games for Jong AZ this season, four games in the Eredivisie and came in twice during European matches. Those performances earned him a place in the selection of the Netherlands U19. In the run-up to the international qualifying matches, we spoke to him about his lightning-fast development at AZ. "I could choose between AZ and Ajax."