I don’t care if people say I do drugs - Efya 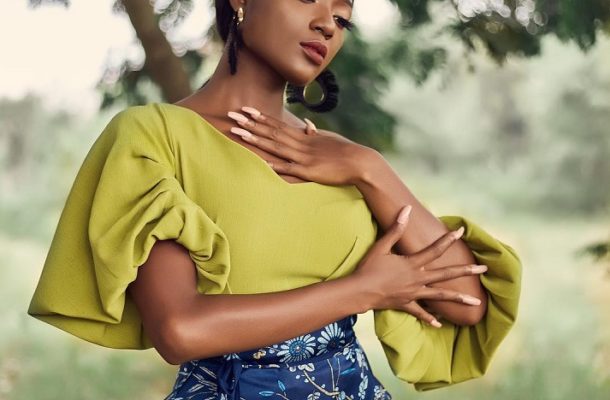 Singer Efya seems to have gotten fed up with people saying she is into drugs.

Countless times during interviews, she has been asked about whether she does drugs and she has answered in the negative but now she is tired and says she doesn't care what people say.

Efya's statement is in response to a recent interview of hers that went viral. In the video, Efya was asked which of the local dishes was her favourite and she answered, “when it comes to my favorite food, it is and will always be fufu with kontomire stew with dry fish.”

For many, her posture and the manner in which she answered the question indicated that she must have been high on something which is why she said kontomire stew instead of soup.

However, Efya says she doesn’t care anymore and that people are free to think what they want.

“I don’t care about people saying I do drugs. I don’t care anymore because I know who I am,” she said in an interview on Accra-based radio station, Rainbow Radio.

She however dismissed the claims saying she does not do drugs and that people have falsely assumed she is a drug addict since she came into the limelight.

“I have had a migraine since I was 12 years and I do take paracetamol so that is the only drug I do.”

She also sent a warning to people who are doing everything possible to bring her down by fabricating such stories.

“You can’t stop my greatness. I have been doing this for eight years and you think you can stop me? Amazing, Stop saying I do drugs, are you not bored with the same old story?,” she asked.

Born Jane Efya Awindor, she was introduced to the Ghanaian music scene when she made it as one of 12 finalists of the music reality show “Stars of the Future” in 2008.

For four consecutive years between 2009-2013, Efya won Female Vocalist of the Year at the Ghana Music Awards.