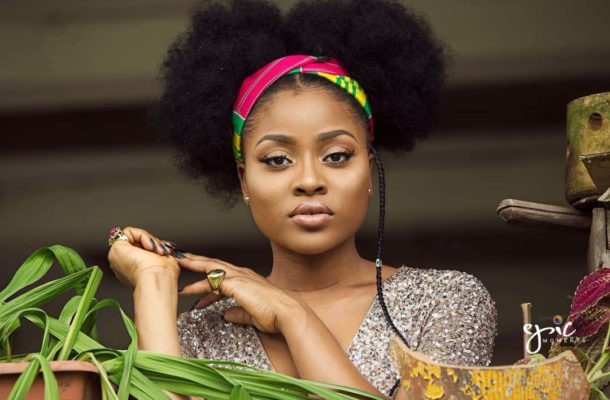 Ghanaian songstress, Adina, has said she has no qualms marrying a man who is not financially stable.

According to the Best Female Vocalist Award at the 2018 Vodafone Ghana Music Awards (VGMA), a man's financial status may not be important to her if she sees a potential in the man's future.

Speaking in an interview on TV3, the 29 year old added that her partner must be one who understands her art and respect human beings.

She said: “Somebody who understands what I do because I’m a musician and I love the craft, if he is broke and he has a dream or he is making a move about [his future] or he is on his way, [fair].”

The ‘Too Late’ singer, however, claims no marriage proposals came her way last year and she is not quite certain what she will do if they finally come this year.

She said people expressed their love for her on social media or elsewhere, but nothing personal came her way.

Asked if she is looking forward to marriage this year, Adina replied: “I don’t know”

The 2008 Stars of the Future winner whose latest song ‘On My Way’ is currently making waves, insisted that if she must marry a “broke man” then there must be something promising about him.

“You see the potential in him and you see he is a serious person and that in the next few years he is actually going to make something of himself,” Adina observed.