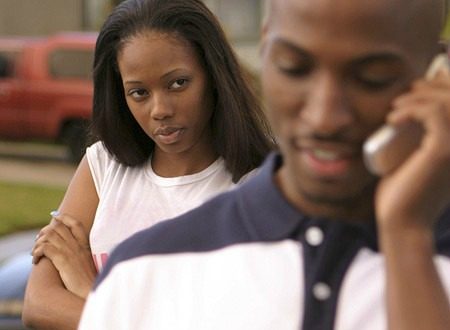 You put all your trust in someone you truly loved and he/she betrayed you for another person. Did you feel really hurt? How was it like?

As it now stands, Edna [not her real name] is considering many options to be able to do away with the pains now overflowing in her heart.

According to her, she is dying slowly and does know what to do. She is now contemplating suicide or rain curses on her 'opportunist' boyfriend who has suddenly abandoned her to marry another woman, leaving her in unimaginable pains.

In an emotional write-up to a relationship counsellor, Abena Manokekame, on Facebook, Edna said she needed help on the next level of action.

She narrated that, she was in relationship with a guy for 4 years and did everything she could to support him. According to her, she even rendered financial assistance to him.

Edna said two months ago, she noticed a change in her guy. She said, he started showing her attitude.

According to her, he never called or texted her again as it used to be and whenever she tried calling him, he constantly ignored her.

"He has been giving me attitude saa last week I realized he had blocked me on WhatsApp and Facebook. Hmmm I asked him why, he said he needed some space. I didn't say anything", portions of her story read.

Edna said all these while, her man was planning to settle down with another woman, unknown to her.

"Guess what Aunty, I just saw his wedding photos on his cousin's status. He got married to a different lady on Saturday", she tearfully told Abena Manokekame.

Read her full emotional story below: 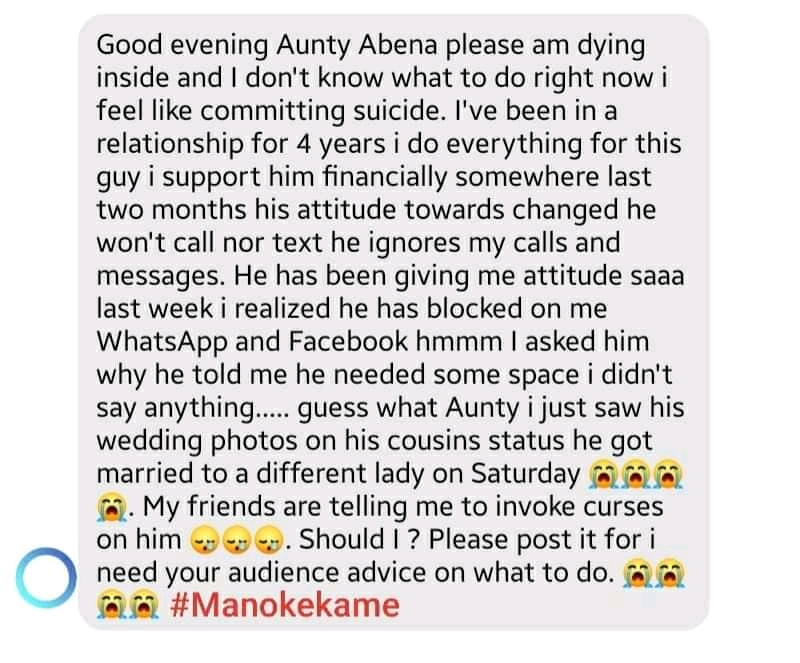