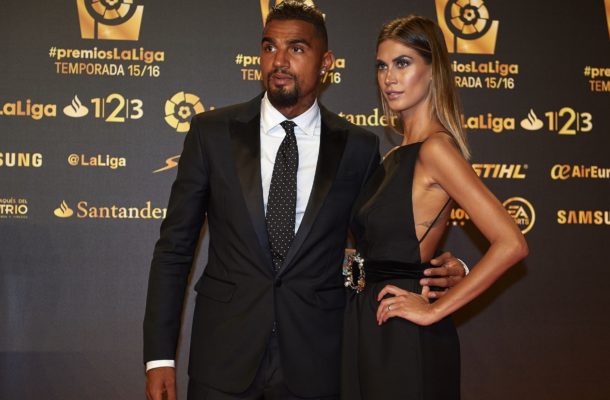 The news about the marital crisis between Melissa and Boateng has been going on for months with report in Italy blaming distance as the cause of their woes.

The two who have been married for two years now are reportedly drifting apart due to Boateng's engagement with his Football Club in Sassuolo while Melissa has chosen to stay in Milan with their 4 year old son Maddox.

Reports from German tabloids also indicate Boateng and his ex-wife Jenny have rekindled their relationship.

Melissa also sparked rumours when she deleted all family photos from her social media pages.

Addressing the rumour for the first time, the 38 year old TV star who spoke to a popular Italian magazine said: " As long as I have the faith on the finger means that I am still a married woman ,".