I have no regrets – Prof Gyampo speaks on 'Sex for Grades' 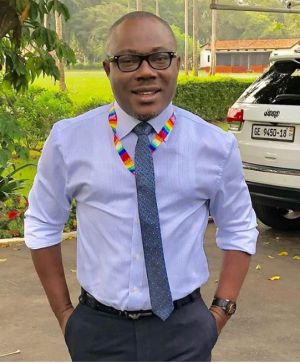 Suspended Senior Lecturer of the University of Ghana Professor Ransford Yaw Gyampo says he does not regret issues that led to his suspension by the university.

He said he will continue to do what he is noted to do.

Prof Gyampo made this known on Saturday, February 22, when he spoke to Johnnie Hughes on TV3’s Hot Issues.

The Political Science lecturer was captured in a BBC documentary dubbed ‘Sex for Grades: Undercover in West African universities’ engaging a female journalist who posed as a student.

He was handed a six-month suspension by authorities at the University of Ghana for misconduct and a breach of the Code of Conduct for lecturers.

This came after several months of investigations by the Disciplinary Committee of the University.

Prof Gyampo, as well as Dr Paul Butakor who was suspended for four months, was going to forfeit salaries during the period of suspension and would be put on a training programme on the Code.

He had proposed marriage to the undercover journalist who posed as a student and promised to mentor her.

They even met at a secret location, in the video.

But speaking on the matter for the first time, Prof Gyampo said “let bygones be bygones”.

Asked by the host whether he harbours any regrets, he said “No”.

But he insisted that he rather wants to concentrate on discussing issues of national interest.