I have received two offers from abroad - Bernard Mensah 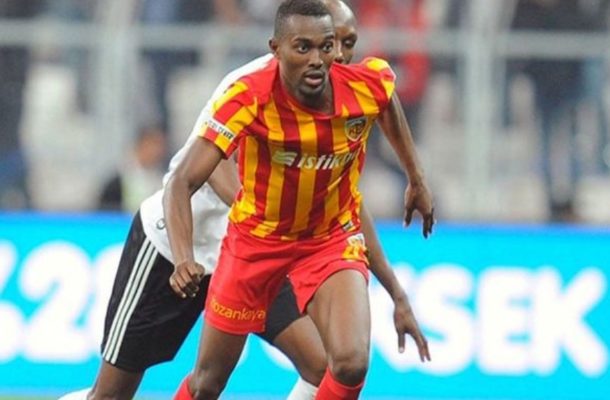 In demand Ghanaian winger Bernard Mensah says there have been two offers for his signature this winter transfer window but both deals were from foreign clubs.

There has been talk of Galatasaray and Fernerbahce circling around the Ghanaian midfielder but he says two clubs who have made him an offer are outside Turkey.

"We had both abroad offers but our president did not want to leave me. Snacky was important with his attitude. He said he needs me because of the condition of the club. Other side of the currency issue is business. Kayserispor this season are doing well on the league table so I want to help. "