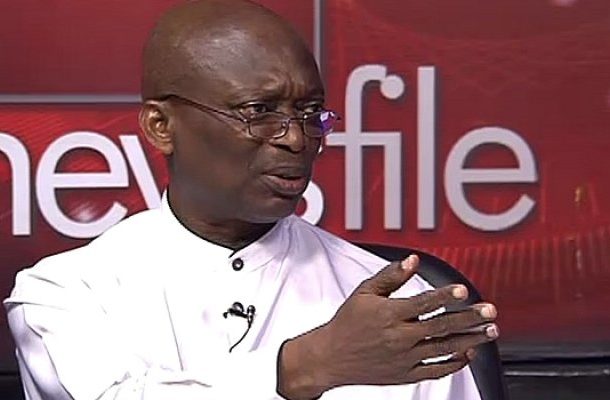 Kennedy Agyapong in an earlier interview described Kweku Baako as a hypocrite for aiding Anas in interviewing President Akufo Addo.

According to the outspoken MP, Kweku Baako encouraged the interview of President Akufo Addo by the Tiger Eye PI team although he knew the President was innocent of all the allegations in the Number 12 exposé.

He further added that, the Senior journalist actually participated in the interview Anas had with President Akufo Addo saying he has taken advantage over the relationship between him and the president to betray him.

“Kweku Baako has betrayed Akufo-Addo. He took Akufo-Addo for granted because of his relationship with him and asked Anas to interview him when he knew Akufo-Addo is clean. Kweku Baako is neither honest nor is he a saint.”

“He actually went with Anas to interview the president. I can categorically state that he was the one who held the gadget to record Akufo-Addo. I wonder what his motive was”.

Reacting to claim on Wednesday's edition of Peace FM's 'kokrokoo' programme, Kweku Baako said the meeting took place at the Nima residence of President Akufo-Addo and not the Jubilee House as Ken Agyapong claims.

"I want to put in on record loud and clear, first of all the meeting didn't take place at the Jubilee House . . .it took place at the private residence of President Akufo-Addo at Nima," he told Kwami Sefa Kayi.

He went further to narrate what actually happened at the meeting and also mentioned the names of all those present.

"There were ten people involved in the meeting , on the President's side were five people; Abu Jinapor, Asenso-Boakye, Eugene Arhin, Bomti Akufo-Addo, those were the people there . . . myself, Anas and two of his video people came along and I was accompanied by a good friend of mine who is a lawyer . . . in all we were ten in the room," he stated.

He stated that Anas even unmasked before the discussion started with the President.

The veteran journalist added that after that part Anas wore his mask and interviewed the President because the documentry was going to be shown publicly.