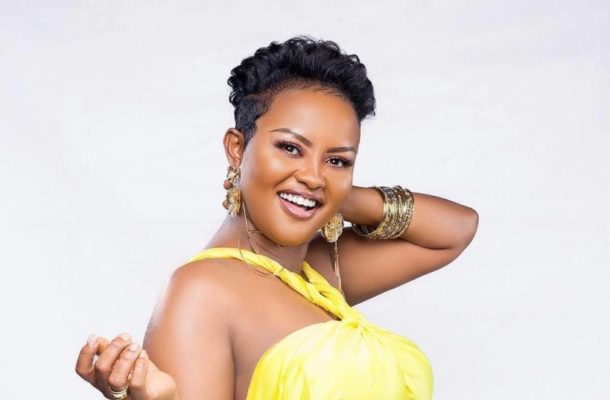 Celebrated Ghanaian actress and TV personality, Nana Ama McBrown has opened up on events leading to how she finally got pregnant.

According to McBrown, she suffered infertility problems and could not get pregnant the natural way. She said she had damaged tubes and that the only option left for her was to undergo In vitro fertilisation (IVF), of which she even made two attempts before succeeding.

IVF is a procedure where an egg is removed from the woman's ovaries and fertilized with sperm in a laboratory.

According to McBrown, prior to opting for the IVF treatment, she and her husband did everything possible including a womb cleansing procedure just so she could get pregnant but they were still unsuccessful.

Speaking exclusively to television personality Naa Ashorkor Mensa-Doku on the We Got This Africa show, Nana Ama McBrown noted that getting pregnant the natural way is priceless and prayed no woman gets to the level she got to before finally having a child.

She explained that though the IVF treatment is final and the best techniques available to help people with fertility problems have a baby, one cannot be 100% assured of getting pregnant under this method, adding it is expensive, stressful, time-consuming and causes depression.

"It is my prayer that any woman will not get to my point, will not get to whereby your tubes are damaged, whereby the only option for you will be IVF, because it is expensive, time-consuming and at the end of day if it doesn't work, the depression that comes with it.

"I pray and hope that everybody who has started it or have been planning going in for this will have a positive results at the first attempt," said Nana Ama McBrown.

She, however, advised women facing infertility challenges to go all out for the IVF method once they are financially capable to afford it as according to her, motherhood comes with incomparable joy.

"Having a child is not having it for the husband, the childbirth is for your own good as a woman. The joy, you see, it's the motherhood journey for you, and not the man," she told Naa Ashorkor on the show monitored by Ghanaguardian.com.