I reject “suspicious” payments into my bank account – Martin Amidu 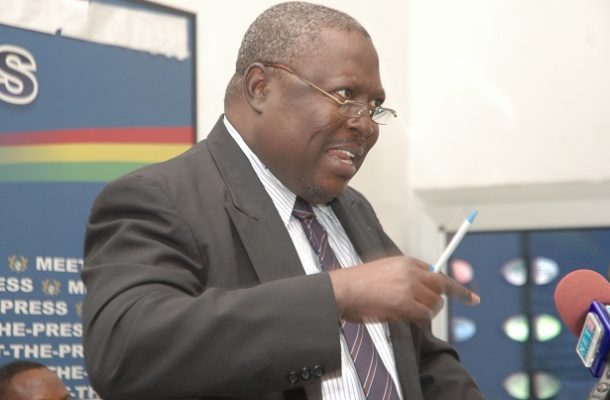 Special Prosecutor Martin Amidu has disclosed that an amount of money from an  unknown source have been paid into his bank accounts.

According to him, upon detecting the unusual development, he instructed his bankers to immediately trace the source of the money and return it.

“On 3rd August 2018, I was amazed when I went to one of the branches of my Bank to make a cash withdrawal by cheque from my current account only to be informed that the balance to my credit on the account had leaped more than five-fold1from my last balance on 7th July 2018. My account had been credited on 19th July 2018 with a transferred payment.I immediately made a verbal objection to the Branch Manager where I had gone to make the withdrawal in view of my earlier standing instructions to my Branch Manager not to accept any payments or transfers into my account without first clearing with me personally owing to an earlier incident when a similar payment was transferred to the credit of my account without notice or authorization from me in 2015,” Amidu wrote in his latest article.

He urged members of the public to gather confidence and reject such illegalities in order to fight corruption effectively.

Below are details of the article by the Special Prosecutor