I resigned to focus on parliamentary duties – Dep. E/R Minister 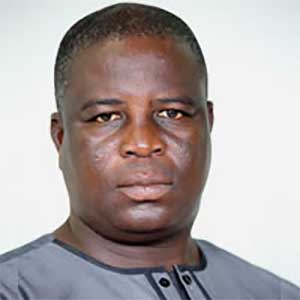 The Deputy Eastern Regional Minister, Joseph Tetteh has explained that he resigned to focus on parliamentary duties in the Upper Manya Krobo Constituency.

The immediate past Deputy Minister is the first NPP candidate to have won a seat in the Krobo area, which is a known NDC stronghold.

In his letter to the President, the Deputy Minister explained that his ministerial work is hampering his parliamentary duties.

According to him, since his seat is the only one the NPP has won in the Krobo area, it is essential for him to focus on retaining the position in 2020. “I am reminded that there is an enormous amount of work to be done to consolidate the gains made in the 2016 election and deepen our footprint in the constituency. I have therefore decided in the best interest of the party and given the heavy demands combining both duties as a Deputy Minister and parliamentarian, particularly for a constituency, whose seat is nascent to our party, to respectfully seek your kind indulgence to tender my resignation with immediate effect.

“I am of the humble view that redirecting my energies and focus on my parliamentary duties will inure to the benefit of the party as well as myself.”

Despite his reasons, reports indicate that he may have taken the decision in solidarity with former Energy Minister, Boakye Agyarko, his close ally, who was dismissed a few weeks ago over the review of the controversial Ameri deal.

A statement from the presidency indicated that the President had nominated a lecturer at the Koforidua Technical University, Samuel Nuertey Ayertey, to replace Mr. Tetteh, who is also Member of Parliament for Upper Manya Krobo.

Mr. Samuel Ayertey, the deputy minister-designate, was also the New Patriotic Party’s parliamentary candidate for the Lower Manya Krobo constituency in the Eastern Region in the 2016 general elections.

“The President is hopeful that Parliament will expedite the vetting of the new Deputy Minister-designate for the Eastern Region, so he can assume office as quickly as possible,” the statement added.