I respect my wife, I won't engage in public banter - Eugene Arhin 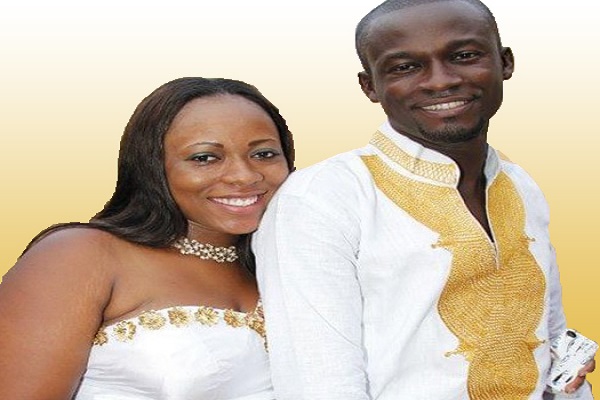 If your expectations were that Eugene Arhin, Director of Communications at the President would be justifying himself in the public space as a form of reaction to the divorce suit filed against him by his wife, then have a rethink because he has a master plan.

According to Eugene Arhin, challenges in marriages “should not be addressed in the court of public opinion” and that he will not engage in a public banter on the issue for the sake of his children and the dignity of his wife.

“Every marriage has challenges, and such challenges should not be addressed in the court of public opinion. I will not, for the sake of my children, and for the dignity of my wife, engage in any public banter.” He wrote on Facebook.

Mr Arhin said though he has only seen the divorce petition on social media, he is yet to be served with copies of the writ.

The leakage of the documents on the online space he said, was to deliberately achieve a “certain effect”.

He assured that upon receipt of the documents, his lawyers are on the standby to respond to it accordingly.

“I have seen a divorce petition filed by my wife, which has been deliberately leaked all over social media obviously to achieve a certain effect. I have still not been served with these court processes, and, upon receipt, my lawyers will respond accordingly.” He said.

Eugene Arhin also brushed aside many of the claims his wife levelled against him in the divorce suit saying they are “baseless and untrue”.

“In as much as many of the claims leveled against me are baseless and untrue, especially with respect to properties and physical abuse, I will hold my peace and deal with them in the Court of Law.” He averred.

The wife, Mrs Gloria Assan Arhin filed a divorce suit on Wednesday, February 10, 2021, demanding Two Million Ghana Cedis (GHC2,00,000) and other properties in settlement from her husband for engaging in extramarital affairs.

According to the Petitioner, the Respondent “has committed and keeps committing adultery”.

Mrs Arhin says the “unreasonable behaviour” by Mr Arhin involves him abusing her “both physically and verbally at the slightest opportunity for over a year now”.

She also indicated that the adultery involves one Chantel Kudjawu and he “has a child of about a year old with another woman”.