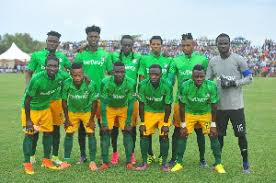 There was drama at the Nana Agyemang Badu II Park when Asante Kotoko clashes with Aduana Stars.

Both sides decided to start with ten men for the game.

As they played with 10 men apiece for the first 45 minutes.

Farouk Adams narrates his side of the interesting tale to Kumasi Fm.

I realized in the tunnel Kotoko had paraded ten players for the game.

Martin Antwi had come to sit on the Kotoko bench claiming he thought he wasn’t going to start the game.

We protested we will not go on the pitch if he doesn’t join us.

He decided not to enter the pitch upon reaching the touch line hence my decision not to also join my teammates.

I had to also attend to the team doctors because I had felt some pains in my thigh during warm up,I needed to take time and recover before joining the team on the pitch because I had also taking some pills.

At the end of the day,I entered the pitch before the Kotoko player,it had nothing to do with superstition.” He said.