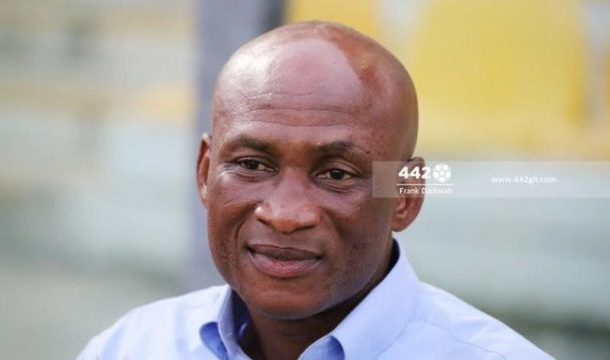 Kumasi Asante Kotoko head coach, Prosper Narteh Ogum says that he saw his midfielder Richard Boadu aka Agadas get a touch of the ball for his tackle which the referee showed him a red card.

The league leaders had their impeccable start to the season halted at the Anyinase Park on Sunday against Karela United.

Kotoko had to finish the match with ten men as defensive midfielder Richard Boadu was shown a red card for being the last man and stopping a Karela United striker.

Goalkeeper Razak Abalora yet again delivered a superb display with some fantastic saves to deny Karela United as he pulled off a match winning save in the 85th minute to deny the home side victory.

Speaking after the match, the former WAFA boss says that he saw his player touched the ball but admits the referee was closer to the action than he was.

"I think from where I stood, I saw Agadas getting the ball but maybe the referee was very closer so he had a clear view.

"We had no option than to make some tactical variations and also changes by bringing in Keyekeh and Sheriff to contain their pressure after the red card."