‘I support your demonstration – Randy Abbey to Arise Ghana 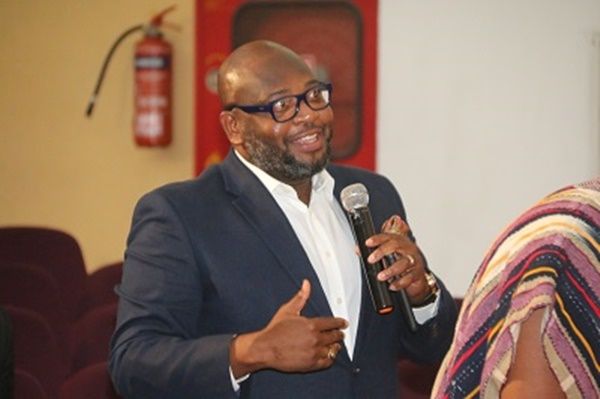 Host of the Good Morning Ghana programme on Metro TV, Randy Abbey, has declared his support for the Arise Ghana demo scheduled to take place next week.

The pressure group is set to undertake the June 28 – 29, 2022 demonstration in Accra in a bid to highlight economic and governance challenges bedeviling the country.

Randy Abbey’s endorsement was on Thursday, June 23 on his programme when he hosted the National Democratic Congress’ National Communications officer, Sammy Gyamfi, who is a convenor of the Arise Ghana group.

“Next Tuesday, next Wednesday is the (Arise Ghana) demo, you know I have never participated in a demonstration but I endorse your demonstration. I endorse it,” he said.

Sammy Gyamfi on his part thanked the host for the endorsement which he described as ‘huge’ and invited Randy to join the march even if for a few minutes.

Arise Ghana described itself as a group comprising political party leaders, media practitioners, civil society players, creative arts, trades union among others determined to relentlessly champion the common cause of the Ghanaian people.

The group state that they also want to provide a voice for the voiceless and seek reforms that would bring about the needed change in the socio-economic, politico-social, and general wellbeing of the Ghanaian citizenry.

According to a recent statement, the historic two-day demonstration is primarily to protest persistent and astronomical hikes in fuel prices by the Akufo-Addo/Bawumia government that has imposed excruciating economic hardships on Ghanaians.

It said it was also to protest the imposition of the obnoxious E-Levy on the already-burdened Ghanaian people by the insensitive Akufo-Addo/Bawumia Government and demand a full scale and bi-partisan parliamentary probe into COVID-19 expenditures.

Others are to protest the grabbing of State lands by officials of the Akufo-Addo/Bawumia government, particularly the de-classification of huge portions of the Achimota Forest reserve.

The rest are to protest the increased rate of police brutalities and state-sponsored killing of innocent Ghanaians, as well as the growing culture of human rights abuses under the watch of President Akufo-Addo and Vice President Dr Mahamudu Bawumia and demand the total cancelation of the fraudulent “Agyapa” deal.