I was crazy when I was younger: Barca star Boateng confesses 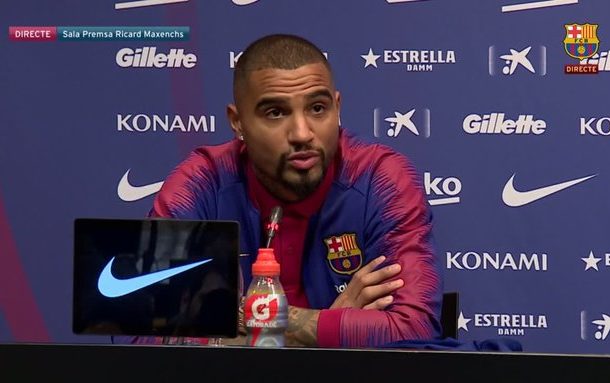 Kevin Prince Boateng has matured as the years have passed. The Ghanaian international has admitted as much in an interview with La Vanguardia.

The well traveled player recently joined Barcelona on loan, his second return to Spain after playing in England, Germany and Italy for several clubs.

Boateng recalls some of the mistakes he made during his youthful days and how he has learnt and grown over the years.

“When I was young I was crazy. At 18, in my neighborhood, I was the boss because I had money. Then I had a kid and you see that if you don't mature you can't play for teams like Milan or Barça. They don't choose you. You can play well but if your head doesn't work you can play for these teams. I had to change my attitude and character."

"Now I have my chef and I am aware if you eat well and healthily you can prolong your career. When you're young, you think that the money is always going to be there. If you don't play well, it doesn't matter because you have cash and your 'friends' tell you that you're a star."