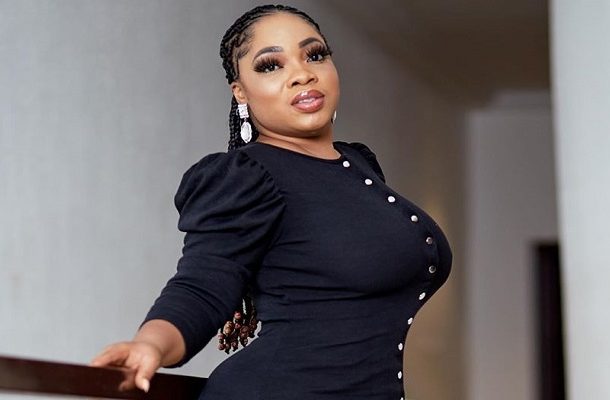 Ghanaian social media star-turned-musician, Hajia4Reall, also known as Mona4Reall, has said she is not surprised about Moesha Boduong’s recent repentance.
Moesha Boduong has been in the news for weeks after she gave her life to Christ. The conversation surrounding her repentance deepened after a video of her looking wretched and confessing her post went viral.

Reacting to this, Mona4Reall has said she isn’t surprised by Moesha’s decision to commit herself to Christ because what she wants to do with her life is none of her business.

“I wasn’t surprised when Moesha Boduong repented. If that is what she wants to do with her life, why would I be surprised?” she told Sammy Kay during an interview last week.

She said the life she is living is different from Moesha Boduong’s and that she shouldn’t be compared with her.

“Listen, Moesha has her life to live and I have my life to live. Don’t get it twisted. Don’t compare our lives,” she said.

Mona4Reall further stated that she doesn’t regret the life she has lived because it is what brought her to where she is now.

“I don’t regret anything in life because whatever I went through made me who I am today.”