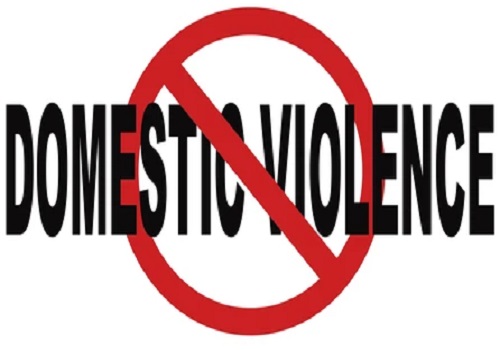 An ardent listener of Joy FM who calls herself Efi Meribah has narrated how her mum endured 17 years of abuse in her marriage and how it affected her family and the lives of her four siblings.

According to her, it started when she was six-years-old and they were all living with her other siblings in her father’s home.

“My dad was an alcoholic and he’ll come home mostly intoxicated and sometimes he’ll ask for his food or something and it will turn into an argument.

“Then he will hit my mom and beat her mercilessly until she turns red with a swollen face,” she recounted on the Super Morning Show on Friday.

Despite the abuse, she said her mum would not want to quit the marriage due to a certain perception society will have about her and her belief in the Catholic doctrine which frowns on divorce.

“She couldn’t leave at the time because she was thinking about the fact that she was a catholic and about what society would say,” she said.

However, Efi disclosed that the marriage hit the rock and her mum decided to leave after her dad threatened to kill her.

“She was forced to stay on for a while [due to her beliefs] until it turned into death threats. So in the middle of the night one day, my mother fled with us, all five of us. She had no clue where she was going and we ended up living with friends of my mum.”

Even so, “my dad pursued her and threatened to kill her if she doesn’t come back home with us,” she said.

Soon after, the marriage completely broke off and her mum no longer had to endure the abuse in the marriage.

But life after the divorce according to Efi became tough since her father neglected his responsibilities towards his family and proceeded to marry another wife.

“He didn’t take care of us. So my mum took his responsibility and raising five children was the sole responsibility of my mum. But I’m so happy and glad that she took the bold decision and left,” she said.

Later on, after many years, when Efi grew up and engaged her father in a conversation on the matter, her father explained that the abuse was due to her mother’s stubborn nature. Efi, however, disagrees.

“I don’t think he actually regretted it based on the answers he gave me. So I think it was the best decision my mother took to leave.

“He used to say my mum was stubborn, she wouldn’t listen to instructions but I don’t think that was the case because after he left her, he married another woman,” she said.

Her brothers, Efi explained could not forgive him for his actions to an extent that they refused to show up at his funeral a year and half ago, when their father passed on.

That notwithstanding, Efi said the situation shaped their lives such that it caused she and brothers to have a different view of life.

“I thank God that we are okay now. It also drew us closer to Christ and actually shaped my brothers not to kind of let history repeat itself and be abusive towards their spouses ,” she said.

She further seized the opportunity on the Super Morning Show to advocate against doctrines that compelled people, especially women to stay in marriages even if it meant they are going through difficulties and they needed to quit.

“I think we have to have another look at some of the doctrines because it prevented her from going for communion. I’m happily married and I wouldn’t encourage divorce but where your life is at risk, where you’re are being abused physically, psychologically or even verbally, I don’t think it’s worth going through the abuse,” she said.