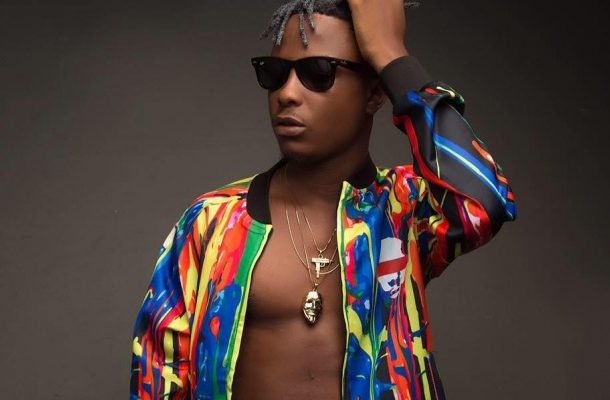 Fast rising Ghanaian afrobeat musician, Kelvin Brown (KelvynBoy), has revealed that he is hoping to build a music school in the country in order to train artistes if he becomes successful in the industry.He believes such a school will have a positive impact on the lives of upcoming artistes and the entire music industry in general.He told ClassFM in an exclusive interview that: “If I became one of the [most successful] artistes in Ghana, I'll like to build a music school and I strongly believe it'll make an impact, so, that has been my dream...“I think we have good instrumentalists and good musicians here in Ghana, but I think we need to have a lot of music schools because I don’t think things are moving on well and that is one of the things I want to do, and I strongly believe with my influence as a musician, like I made mention, if one of our bigger artistes thinks of building a music school, I strongly believe it'll have an impact and people will be interested.”Kelvyn Boy further noted that his decision to become a musician is not to enrich himself but to have a positive influence on the lives of others with his songs.He further disclosed he has a lot of gospel songs he intends to give out to gospel artistes to sing.“I started singing a long time in church, I wrote songs when I was a church singer, I wrote songs that I couldn’t record before I became Kelvyn Boy and those songs are still there, so I can give those songs to gospel artistes to sing it,” he stated.Kelvyn Boy gained popularity with his first single Toffee which featured Medikal. He was also featured on Sarkodie’s Didi jam.The 2017 VGMA unsung artiste award winner is currently promoting his latest single titled afrobeat.