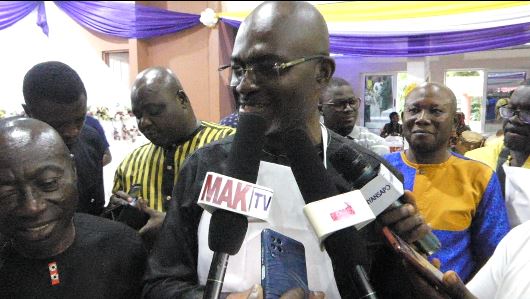 Hon. Kennedy Ohene Agyapong, flagbearer hopeful for the New Patriotic (NPP), has indicated that his presidential ambitions are genuine and he is not ready to rescind his decision on leading the ruling party in 2024.

The outspoken Assin Central Member of Parliament has stated unequivocally that he intends to run in the upcoming NPP presidential primaries.

According to him, "I will go and pick up forms when NPP opens nominations for presidential aspirants."

Kennedy Agyapong is gradually gaining the support of many NPP members and many Ghanaians, especially the youth.

Nevertheless, many believe the lawmaker could later change his mind going into the NPP’s primaries.

But the loud MP has made it clear that he will never change his mind on contesting for the post.

When asked if he could change his mind about running for NPP flagbearer in an interview at an event in Kumasi last Saturday, Kennedy stated emphatically that he could not.