I wore slippers to my wedding; invited only 3 people - Wiyaala reveals SHOCKING details 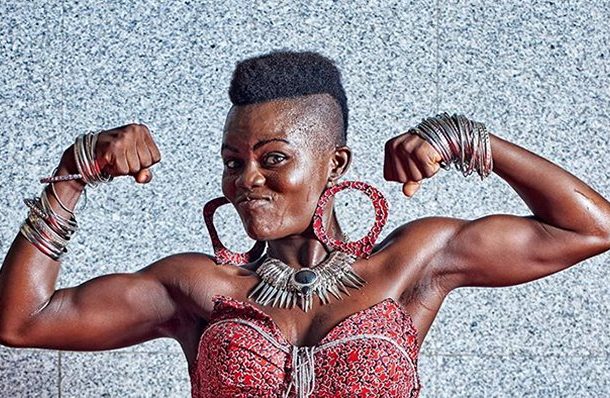 Internationally recognized Ghanaian songstress, Noella Wiyaala, has made a shocking disclosure about her wedding day.

Kmown as the 'Lioness of Africa', Wiyaala who has performed for the Queen of England at the Queen's birthday in 2015 said her marriage was an impromptu event and had only invited people who mattered to her to grace the occasion.

The 32-year old singer who does not wear a wedding ring said once her husband is cool with her not wearing a ring, she doesn’t really care what anyone says.

“I have an understanding man who doesn’t  care about what people say about me but always makes sure I am  happy. We understand each other and I believe that is the reason we flow,” she said.

Wiyaala also disclosed that there were only four people at the private ceremony  as well as a judge and a lawyer.

Explaining how it happened, she  said her husband proposed out of the blue and requested that they get married on the same day.

According to her, she was casually dressed but the man, who she did not name, said they could still marry and he wasn't bothered.

“The day he proposed was the day we got married. It was only my mother, father, and an uncle who were around at that time.

"As for my husband, he doesn’t care too much about crowd and necessarily inviting his family so we got married, when I was even in slippers,” Wiyaala disclosed.

Wiyalaa is known for songs like Make Me Dance, Sun and Moon, Siiko, Bunsun, Africa, Leno, Village Sex, Tuma, Angel, Got The Power among others.