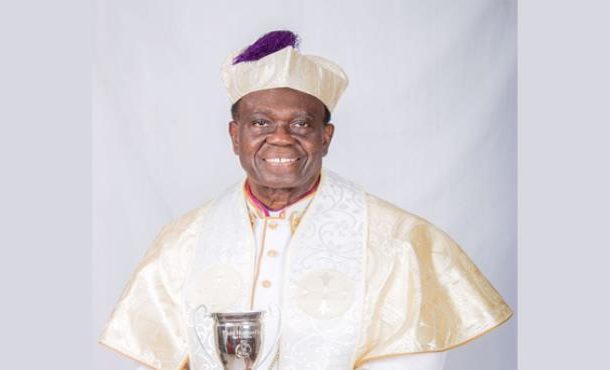 The International Biographical Centre (IBC) in the United Kingdom has honoured the Chief Executive Officer of the Asafo-Agyei Hospital in Kumasi, Archbishop Prof Dr Asafo-Agyei Anane-Frempong, with a World Honours Cup

World Honours Cup recipients will represent their countries influencing the international community through the sheer respect associated with such a valued price. Archbishop Dr Asafo-Agyei, as such, receives the award in the name of his country, Ghana.

The International Biographical Centre of Cambridge, England, is a world leader in biographical publishing. IBC titles are compiled with the valuable assistance of organisations, societies and individuals from around the world.

Speaking to the press in an interview, Archbishop Dr Asafo-Agyei described the honour as a big achievement, not only for himself, but the country at large.

“My exploits in the medical fields and researches made has contributed significantly domestically and internationally,” he touted and dedicated the award to his clients and his church as a whole.

The IBC in May 2000 awarded him as one of its 2000 outstanding scientists of the 20thcentury, and appointed him its director general for Africa in 2005.

He has also chalked a lot of success as a medical doctor, notable among them is becoming the first Ghanaian doctor to non-surgically treat piles using a method called haemorrhoidectomy, after his training at the Piles Specialist Training Centre in India.

Not only is he a successful medical practitioner, but an ordained archbishop, an archbishop of Africa and Ghana for the Rapha Faith International Ministerial Network (RFIMN), a feat he marks a one year anniversary this coming Sunday.