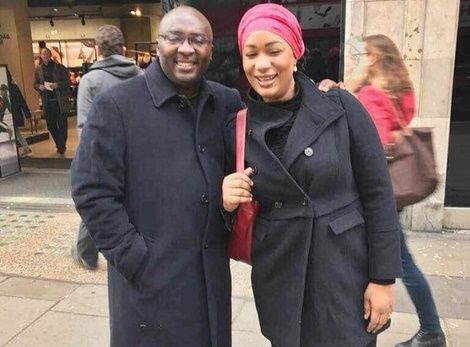 A media analyst wants Ghanaians to ignore viral photos and videos which show a healthy-looking Vice-President Bawumia who is in the UK on what government said is medical leave.

"It hasn't got any official underpinnings," the Executive Director of the Centre for Media Analysis, Dr Messan Mawugbe said on Joy FM Monday.

He wants an official statement from the presidency on the authenticity of the publications on social media. This must be done timeously to dispel any rumours on the health of Dr. Bawumia.

The health of politicians remains a political issue in Ghana following the death of President Mills in July 2012. He died barely a month after he was seen jogging on the tarmac at the Kotoka International Airport in an apparent display of fitness ahead of the 2012 general elections.

To date, the official cause of death remains undisclosed to the public although then National Democratic Congress government said close family members have been informed.

Dr. Cadman Mills, brother of the late President said it was a massive stroke and that his brother died of natural causes.

The reported illness of Dr. Mahamudu Bawumia on January 19, 2017, has resurrected the thorny subject of disclosure of the health information of the political elite.