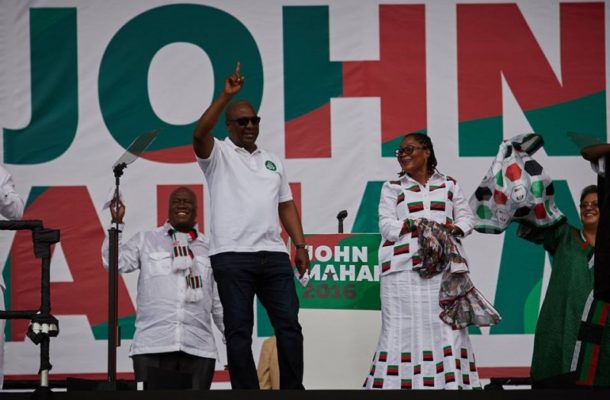 Former President John Mahama declared his interest to contest the 2020 elections on the ticket of the main opposition National Democratic Congress.

Mr. Mahama who had been coy about his interest for the slot wrote on Facebook Saturday evening that he has reflected on  the numerous calls him to contest and will not disappoint his supporters.

“I want to congratulate the rank & file and executives of our party, the NDC, at all levels for the commitment and work rate we have put into our reorganization efforts.

“To you the teeming supporters and sympathizers calling and requesting me to declare my intentions for the future, I wish to assure you today, that as a servant-leader, I have listened to your calls and reflected. I will not disappoint you even as we await the publication of the party’s guidelines for selecting a new leader,” Mahama wrote.

Mr. Mahama who was defeated by President Akufo-Addo in the 2016 elections will have to fend off competition from his former appointees including Dr. Spio-Garbrah, Sylvester Mensah Alban Bagbin among other inorder to be able to lead the NDC again.