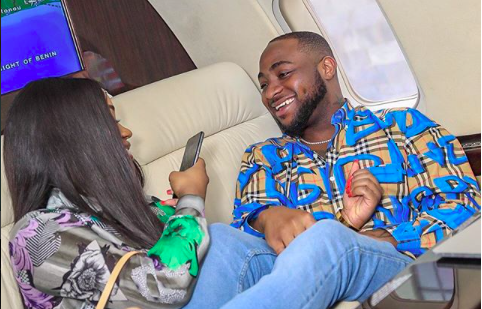 Davido with Chioma on his private jet

Nigerian music superstar, Davido has said he doesn’t mind going to jail for a crime committed by his fiancee Chioma.

He disclosed this in a recent interview with GoldmyneTV after he was asked by the interviewer if he would serve time for Chioma if she was caught committing a crime.

“If the love of my life, my girl Chioma right now does a crime, of course I will do (jail time for her),” he said.

Davido was also asked in the interview the largest amount of money he has ever at once spent on his lover.

Davido and his babe Chioma have been together for two years. The couple on Sunday welcomed their first child together, a baby boy at an undisclosed hospital in London.

The pair, who got engaged a month ago in Nigeria, are set to tie the knot in 2020.