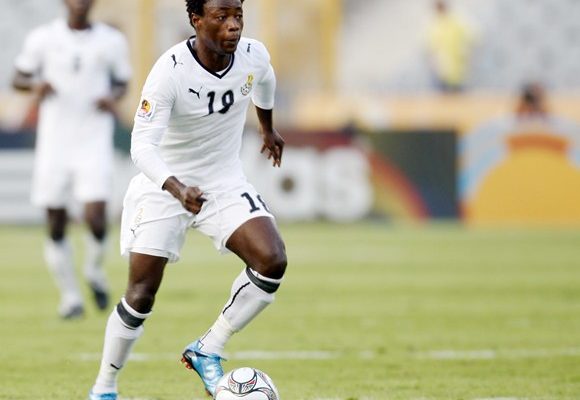 Former Ghana youth star Ransford Osei announced his retirement from a career that promised so much at the initial stages but delivered very little in his prime.

The former Ghana U-17 and U-20 striker was tipped for stardom in his formative years but never lived up to his potential.

At the tender age of 30 year Ransford Osei announced his retirement from football in  a career that failed to glitter despite the early promise and talent.

According to the bitter former Ghana star, he would never allow his son to play for Ghana if he chooses to play football in the future.

Ransford Osei achieved so much at youth team level and was also given the platform to shine by Ghana but says his kid if he chooses to follow in his footsteps will never play for Ghana.

Ransford Osei was part of the victorious Ghana U-20 side that won the African Youth Championship in Rwanda and the World Cup that same year in Egypt.

He formed a formidable partnership with Dominic Adiyiah who emerged as the top scorer at the World Cup while Ransford Osei won the top scorer gong at the African youth level.