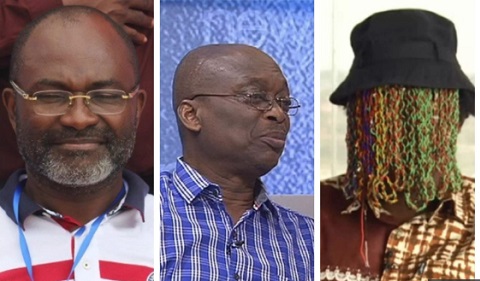 “If that is how they carry out their investigation, then they don’t know how to conduct investigations, I must say that I’m of a better investigator than the two of them, I have videos and pictures of Anas, even one he was with his judge girlfriend in Dubai” he explained.

His assessment of being “better” comes at the back of the investigative piece released a few weeks ago dubbed #number 12 by Anas Aremeyaw Anas, which cited acts of corruption and bribery at the Ghana Football Association (GFA).

In the wake of Anas Aremeyaw Anas’s video, several others have questioned into what is done and kept in secret, it may seem almost unwise to court his attention, and risk what some lawyers and critics of his methods have called ‘entrapment’.

“I know Anas very well, am not sure Kweku Baako knows that guy as I know him, If he knows him that well, then I respect Kweku Baako, he is a friend of President Akufo-Addo, but am sorry to say he is part of all what is happening” he said.

According to the Assin Central lawmaker, although he is a Member of Parliament and not a full time investigative journalist, he does a lot genuine investigation as compared to Anas and Kweku Baako.

He has accused the duo of fuelling their investigations with parochial interest and amassing of wealth at the expense of innocent victims, and not a genuine concern of exposing rot.