I'm a lesbian; I have attempted suicide twice, your insults don't bother me' – Lawyer 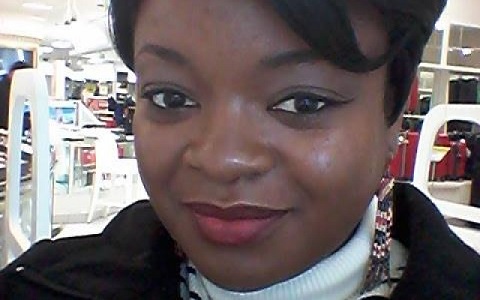 A Canada-based Ghanaian lawyer, Kuukuwa Andam, who has accused the President of the Ghana Bar Association (GBA), Mr Anthony Forson Jnr., of rape, has said she was a bi-sexual but now a full-blown lesbian who has been through a lot and, so, can handle the insults hurled at her after posting the alleged rape incident on Facebook.

Ms Andam said if she was able to withstand the condemnation and the consequences of coming out as a homosexual while in Ghana, then she cannot be bothered with the missiles being fired at her now.

According to Ms Andam, her Facebook page is dedicated to the “outcasts of society”.

“For the lesbians, gays, bi & trans persons who are shunned daily & made to feel lesser than, not because we hate others but because of whom we love. For those with different beliefs: agnostics, atheists, traditional worshipers. For the women called ashawo & mocked at by the people who serve a saviour whose best friends were prostitutes. For the poor, the underprivileged, the disabled, I am here for you,” she posted on Facebook.

Ms Andam also expressed gratitude to her social media friends who have shown her love and support after posting her alleged rape ordeal on her page.

She describes herself on Facebook as a “Lesbian, Feminist, Agnostic Mami Wata Worshiper, Lover of Sex & All Things Naughty, Nerd, Vegan Foodie”.

Thank you so much for the kind support that has been pouring in since I put up the two posts. You enveloped me with love & my heart is full of gratitude. Who am I that you should love & care for me like this? For those who asked how am I: I am doing great! I'm surrounded by friends & family who love me. I slept like a baby today because I got things off my chest.

For so many years I was scared to speak out about the powerful men who abused me & face a backlash or stigma. David vs. Goliath. They have all the money & PR machinery & power & support. I have nothing. Just one fatherless girl trying to work hard & make it in this world. But that fear is gone. So far as this page is concerned, I will not be explaining, responding to or even monitoring any comments on the 2 posts I put up earlier. You're entitled to your views. I spoke my truth even when it didn't favour me because I have nothing to hide. I don't need to lie for you to see me as a saint before you can see that wrong is wrong & no human being should be forced to have sex when they say 'no.'

For those who mocked me & condemned me, thank you also. I'm not perfect but neither are you. I've attempted suicide twice & danced with death many times & I have nothing to fear. I came out as bisexual while living in Ghana & later as a lesbian & faced the consequences for that. I have been called a demon for embracing the faith that our ancestors practised before the white man stepped onto our shores & I didn't insult back. So you see, you can't bully me & there's nothing you can say that I haven't heard before. Please don't let the tears that fall from my eyes while recalling these issues confuse you, I am as hard as nails! M'ani y3 den papa! I will take all you throw at me & still thrive & get even better skin ??

Finally, this page is for the outcasts of society. For the lesbians, gays, bi & trans persons who are shunned daily & made to feel lesser than not because we hate others but because of whom we love. For those with different beliefs: agnostics, atheists, traditional worshipers. For the women called ashawo & mocked by the people who serve a saviour whose best friends were prostitutes. For the poor, the underprivileged, the disabled, I am here for you. For your sake, I will continue with my policy of deleting discriminatory & judgmental comments on this page except for those in the 2 posts I put up. Of course, the block button is also an option & if you put up a particularly hateful comment, I will also put up your picture & details so we can roast you small ???? Listen: I love all of you & my heart is finally at peace.

Meanwhile, Mr Forson’s attorneys, Beyuo & Co., in a published statement, said their client “sincerely and emphatically denies that he has committed any such offence”, adding that: “The allegations are palpably false and in due course, he will be vindicated”.