I'm not an ordinary member of NDC, I'm a founding member - Sylvester Mensah jabs Mahama, Others 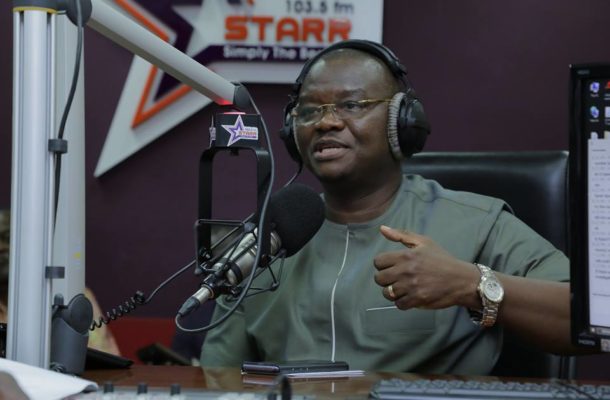 A flagbearer hopeful of the opposition National Democratic Congress (NDC), Sylvester Mensah  has subtly jabbed at other Presidential hopefuls of the party, stating that he has been around longer than most of them.

According to the former Chief Executive Officer (CEO) of the National Health Insurance Authority (NHIA), unlike some of the contestant, he was part of the persons who founded the party from the ground.

Mr. Mensah who made the comments in an interview on Accra based Rainbow Radio stated that he saw the formation and transformation of the NDC.

Mr. Mensah posited that some individuals see us as new entrants but the truth is that, some of us were part of the beginning.

When asked at what point he joined the NDC, Mr. Mensah said, ‘’unlike others, I didn’t join the party, I was part of the team that began to even herald the party before it was finally launched.We were the grass root soldiers who were the ground operative who tried to put people together , bring people around and get people prepared for the formation of the NDC as apolitical party.’’