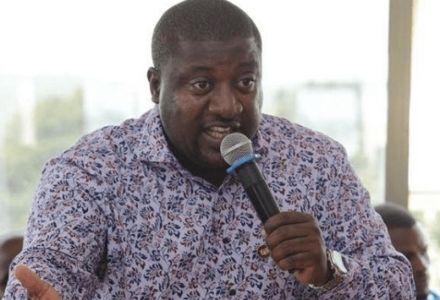 The National Youth Organizer of the ruling New Patriotic Party, Henry Nana Boakye aka Nana B has distanced himself from the latest 'love letter' written by the former Special prosecutor MartiN A.B.K Amidu.

In a two page write up christened "What has “Otani Gyimifoɔ” to do with Agyapa Royalties Report" released on Saturday evening, the special prosecutor has revealed he received a call from an unknown number which he did not pick.

Later that same number sent him a disparaging ethnocentric comment insulting his tribe and why he will bother to investigate the Agyapa Royalties deal.

According to the Special Prosecutor, he informed his son and they used truecaller a mobile application to detect that the said message came from one 'Nana B'.

The NPP National Youth Organizer has through a Facebook post issued a disclaimer that the said Nana B in Amidu's latest write has nothing to do with him and should be treated with the contempt its deserves by the General public.

"I would want to place on record that the said Nana B, referred to in Mr Martin Amdu's most recent letter is not me and has nothing to do with me."

“neither the telephone number nor the email address referenced in the said letter are similarly not mine and are not known to me.”

"I therefore sincerely advise that the media and members of the public calling me with regards to the publication take note of this." he concluded. 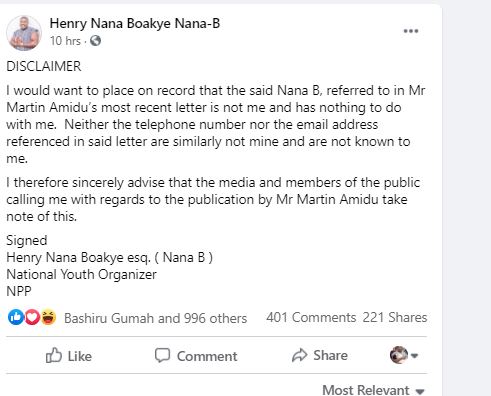