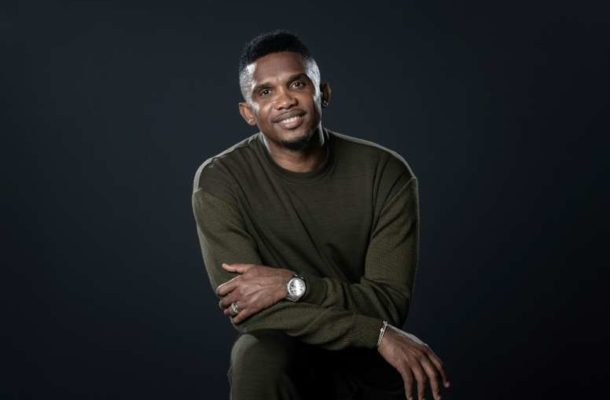 Former Barcelona star and Cameroonian legend Samuel Eto'o says that he is the best player ever to have emerged out of the African continent.

The Cameroonian who had a storied and successful career spanning over twenty years won almost every available trophy on the African continent and world football.

Despite not ever winning the world best player Eto'o is adamant that he is better than every other player even including Liberian president George Weah who won the World best accolade in 1995.

The highly opinionated Eto'o in an exclusive interview with AFP in Paris says he believes he is the best player ever to emerge from Africa and whatever anyone says is a matter of opinions.

One prize that did get away from him, however, was the Ballon d'Or. Liberia's George Weah, in 1995, remains the only African to have claimed that award, but that does not change Eto'o's belief that he is the best player to have come out of the continent.

"I don't need to lay claim to anything, it's just a fact. Whether you accept it or not, it's a fact," he said, as frank and outspoken as ever.

"Everyone is entitled to their opinion. You know, as an African, you are always being judged. What is unacceptable is that the first people to do it are always the Africans. They can't take anything away from me because I am proud to be African.