Independence Cup: Hearts seeded as home team ahead of London showdown with Kotoko 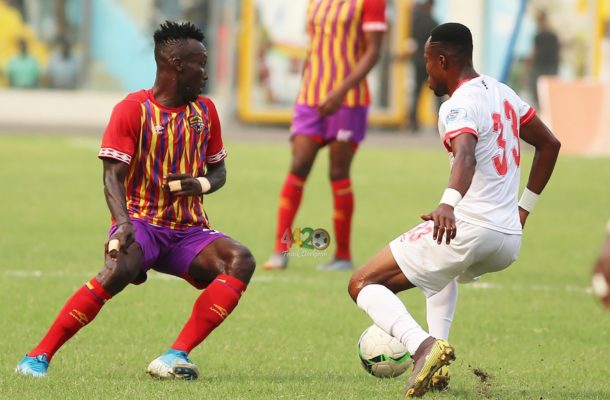 Ahead of the upcoming Independence cup showdown in London, Hearts of Oak have been seeded as the home side  against arch rivals Asante Kotoko.

The game has been slated for Saturday, March 7 – a day after Ghana’s independence (6th March) – to climax the a West African nation's 63rd independence day celebrations.

It will be the first time in the history of Ghana Football that the Super clash between Hearts of Oak and Asante Kotoko takes place outside the shores of the country.

Meanwhile, both teams have announced their traveling party with Hearts of Oak heading to London with a 30-man contingent.

Notably missing in the Phobian traveling party are Auroras graduates Manaf Umar and Michelle Sarpong whiles new Abednego Tetteh who is yet to feature for Hearts is part of the squad.

Burkinabe Songne Yacouba is the only big name exclusion from the 31-man Kotoko contingent heading to Barnett which have faces such as Felix Annan, Kwame Baah, Emmanuel Gyamfi all part of the squad.

As part of putting the Ghanaian game on the world market, the Ghana FA and the organizers have agreed to send the two most glamorous clubs in Ghana to battle for honours and bragging rights as part of Ghana’s 63rd independence celebration.