India is the second-largest country to face employee burnouts with 29 per cent: Survey 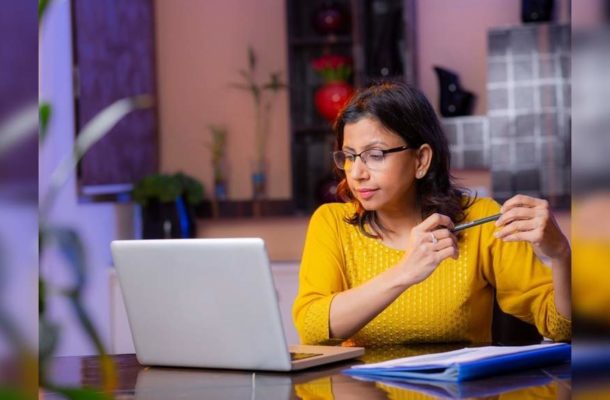 The current coronavirus pandemic has left work and business industries haywire after affecting millions of lives worldwide. People have been forced to operate from their home and honestly, it has been incredibly difficult for many to communicate and continue working from home. Maintaining a work-life balance has never been more difficult than it already was.

Workers throughout the world have been facing burnouts due to the lack of differentiation between work and personal life. Even sometimes, if they feel like visiting the office, they can’t do so in fear of contracting the deadly virus. Microsoft’s latest Work Trend Index suggested that India among other countries has been facing this burnout issue severely.

The survey was conducted among 6,000 information and first-line workers across eight countries consisting of Australia, Japan, India and Singapore. The study cited that nearly one-third of workers in India experienced an increase in burnouts over the past six months. India has the second-highest percentage of workers with 29 percent in Asia. 41 percent of Indians said that the lack of separation between their work and personal life negatively impacted their wellbeing and induced stress levels.

Samik Roy, Country Head, Modern Work, Microsoft India said, “In the last six months, we have seen how COVID-19 has created an era of remote anywhere. It has led to the evolution of a new workplace – from a physical space to one residing in a virtual world. As businesses adapt to a new way of working, it is important to examine the multifaceted impact that the new working conditions are having on employees. This is helping us provide relevant and timely solutions to all our customers and users.”
Inspired by this research and worldwide customer feedback, Microsoft announced the start of a long journey to evolve its productivity tools that promote individual wellbeing and organizational resilience. Microsoft Teams has undergone a series of updates to support employee satisfaction. These include a virtual commute experience that helps users prepare for the day and mindfully disconnect in the evening to let go of stress levels. These will also include new insights within the app that allows managers and leaders to understand how their workforce functions.
Microsoft has also partnered with Headspace to bring a curated set of mindfulness and meditation experiences into the Teams platform. They launched the new Teams experiences for first-line workers to support them with the tools they need to work more safely.
We have listed the key finding areas from the research for better understanding and interpretation. 1. Increased pandemic burnout recorded in countries differently The research indicated that the level of burnout varied from country to country. Everyone experienced burnouts differently. For example, 29 per cent of Indian workers faced burnouts as compared to Australian workers who saw an increase of 45 per cent on Microsoft Teams. The workers in India increased thier work hours by 1 hour which also concluded that India had the longest workday span of surveyed markets despite being less than of Australia. This finding was significantly different from workers in Germany who saw very little change in their work hours and pressure. 2. Causes of workplace stress differ for many The report revealed that the main causes for feeling stressed were that 42 per cent of Indian workers feared contracting COVID-19 and 35 per cent also felt isolated or disconnected from their colleagues. 19 per cent of workers were not even provided with enough safety equipment by their company to facilitate safe working environments or for effective social distancing. This also contributed to rising stress levels.
The lack of differentiation between work and personal obligations was a prime stressor among 34 per cent of workers, with unmanageable and extra work-hours coming close to 28 per cent. Nearly 23 per cent of workers also said that too many meetings than usual disabled them to properly focus on work, thus leading to stress at work. 3. Six months in there are more communications and fewer boundaries Microsoft tried to shed more light on the Teams’ usage patterns for more insight to understand what exactly is stressing the workers out. Data showed that globally, even after six months of work-from-home, the number of meetings hasn’t slowed down, people are taking more ad hoc calls and managing more incoming chats than they did before the pandemic. As people slowly adjusted to remote working, calls or chats between 5 pm and midnight i.e after work hours also increased.

For many, the commuting time acts as a stress reliever and helps the worker to disconnect from their office work hours. However now, being at home without the commuting time, work-life boundaries seems to have vanished. A 2017 research studied the prospects of commute time. As part of the study, a digital assistant used chat conversations featuring task and emotion-based questions to help participants prepare and detach from work through the day. The study found that 6 in 10 people (61 per cent) globally, felt that the commute time benefitted them to maintain their efficient productivity levels. On average, productivity increased from 12 to 15 per cent.

The new virtual commute experience in Teams will help workers have a productive start in the morning and mindfully disconnect in the evening. Users can also customize their experiences from a set of suggested tasks such as meditation with the Headspace app, reflecting on the day or helping workers close out on outstanding tasks.

5. Meditation can fight burnout during the workday

Of those surveyed in India, 92 per cent also said meditation helps decrease work stress. Meditation with Headspace is a great way to destress and burnout. It all improves your ability to react to negative conditions. Microsoft’s partnership with Headspace will offer workers the ability to schedule ad hoc or recurring time for mindfulness breaks anytime like before a big meeting or to find focus needed to start on an important project.