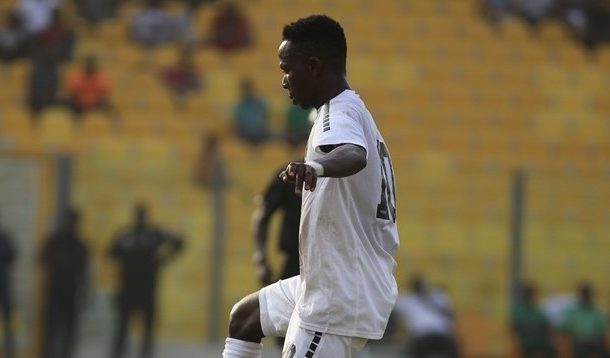 Midfielder Mohammed Zakari says he is still looking to improve on his game despite his impressive performance for the Club this season.

The midfielder played a key role in our first victory of the season over Bechem United  at the Accra Sports Stadium last Saturday, but expects to do more as the season unfolds.

“Looking at the two games I have played, it hasn’t been bad for me. We lost the first game because things didn’t go on well for us but the the second game we went in and won.”

“Looking at my performance its not enough for me even though I am doing well. This season I want add goals and assist more in games.”

Up next for Inter Allies is a trip to the west to face Karela United at the Akoon Park on Sunday and he discussed the team’s chances ahead of the game.

‘’Right now we are preparing for our third game. Looking at the training and the players, we are all going all out to bring the maximum three points, if not the 3 points we will ensure we don’t come out with a defeat.”

Despite scoring twice against Bechem United the Eleven Is To One boys were profiligate infront of goal and the midfielder knows we must work on our finishing in our subsequent games.

“We are working on our goalscoring. Looking at our second game that we played we squandered a lot of chances. We are working on it at the training grounds so we know we are going to better it in our third game.”