Involve women in politics, they can be trusted - Amissah Arthur urges NDC 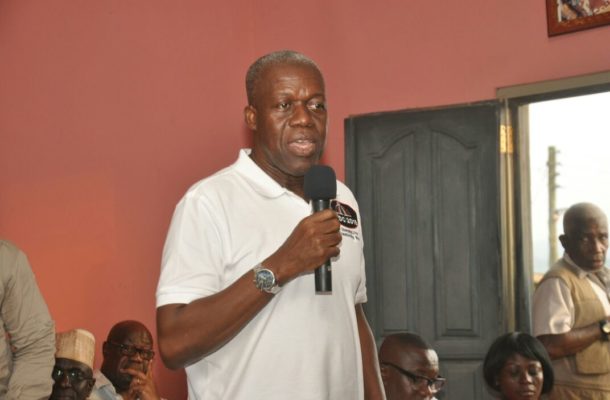 According to the Former VP, woman can be trusted hence the need to encourage to be get involved in politics especially at the grassroots level.

The Former Governor of the Bank of Ghana who has been touring the party's regional branches recently spoke on Friday when he met the some members of the party in the Central Region.

Mr  Amissah- Arthur said for every democracy to thrive, grassroots participation was critical and therefore called on them to show interest and enthusiasm in the NDC branch elections.

Kwesi Amissah-Arthur made the statement as part of his Touching base visit to observe and monitor the ongoing Branch levels elections in the Central Region. He encouraged both winners and losers to unite and work harder than before to ensure the NDC comes to power in 2020.

He visited the Food Chain branch and the Islamic School branch in the the Asikuna Odoben Brakwa constituency in the Central Region.
The former Vice President encouraged them to put the defeat behind them and close their ranks and work together for a convincing victory in the next elections

According to the former VP, the Branch Executives holds the key to the party’s victory and the need for them to liaise with all Party people in the spirit of respect, unity and love.