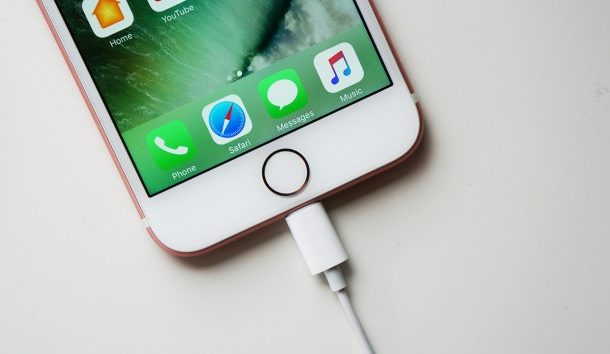 Apple has a solution for iPhone 7 owners who find themselves with a defective home button.

It appears that if the iPhone 7 doesn’t detect a working home button, a digital version of the button will appear on screen. The software-based buttons works just like the physical home button, and appears alongside a notification prompting you to get your device serviced.

The feature was first noted by a MacRumors forum user, who posted: “So plugged in my iPhone 7 to charge and it turned itself off. When I powered it back up, this appeared on screen. Really Apple?”

The following image was attached to his message:

Unlike previous Apple smartphones, the iPhone 7 doesn’t use a mechanical home button; in fact, it doesn’t even move at all. Instead, Apple has built force sensitive technology underneath that responds to pressure, and then uses the ‘taptic engine’ that first debuted on the Apple Watch to simulate feedback by creating a weird, vibratory buzz.

However, we should note that if you want to try out the software button, you don’t have to wait for Apple’s physical faux-button to fail. The digital button has actually been around for ages, and it’s called Assistive Touch. It’s not exclusive to the iPhone 7, and can be turned on in your phone’s settings. The only difference is that Apple now seems to be automatically enabling Assistive Touch when it detects a problem, rather than putting the onus on users who may not have known that it even exists.

To enable Assistive Touch, you can use any of the following steps:

When you activate Accessibility Shortcut, you can turn Assistive Touch on or off from any screen by triple-clicking the home button. You can even adjust the triple-click speed by going to Settings > General > Accessibility > Home-click Speed.