iPhone 7 Prices In Asia Leaked, And It's Cheaper Than iPhone 6S 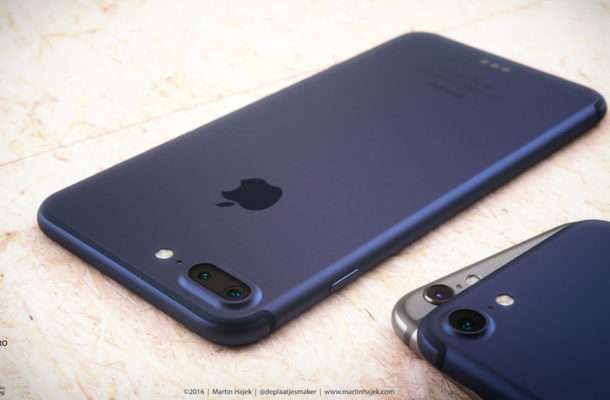 We are less than a week from getting the official look at Apple’s iPhone 7, and the leaks just won’t stop coming. Coming from Anzuo.cn, a Chinese website with a reliable track record of Apple leak, has new information on the iPhone 7′s pricing in China and Hong Kong. 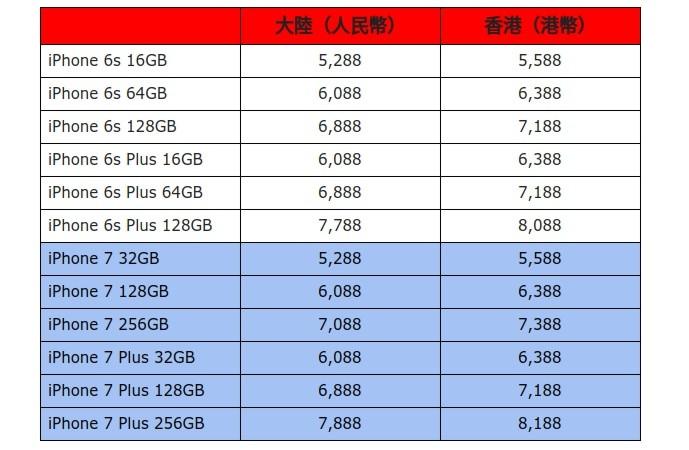 The middle column is of mainland China prices, and the right is Hong Kong prices. Credit: Anzuo.cn


As you can see, a 128GB iPhone 6 Plus costs HK$8,088 right now. Later this month, you’ll be able to buy a 256GB iPhone 7 Plus for only an additional HK$100 ($13). This is a significant price cut from Apple, though it’s still worth mentioning that the iPhone 7 will still be a very pricey (and overpriced) phone — remember, there are very powerful, very good Android phones that can be had for $300 to $400 right now — especially after the recent Wall Street Journal report that stated Apple has bullied parts manufacturer in China (includingFoxconn) into charging less.

This move to double storage is most likely out of necessity. Consumers need more storage space as smartphone photography improve (and photo sizes are bigger), and unlike many Android phones, the iPhone 7 likely won’t offer expendable storage options.