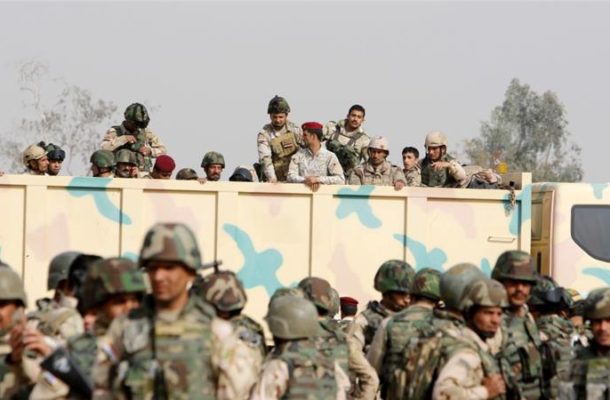 The Iraqi army says its forces have taken control of the strategic northern town of Shirqat from ISIL, in a military operation launched ahead of a push to recapture the armed group's stronghold of Mosul.


Security forces began the operation to oust ISIL (also known as the Islamic State of Iraq and the Levant, or ISIS) on Tuesday, backed by both Iraqi and US-led coalition aircraft.

Iraqi forces "completely liberated the Shirqat district and raised the Iraqi flag over the government headquarters" in the town, the country's Joint Operations Command said in a statement on Thursday.

READ MORE: Is ISIL on the back foot in Iraq?
The town lies on the west bank of the Tigris river in Salaheddin province, 260km northwest of Baghdad and around 80km south of Mosul.

ISIL overran large areas north and west of Baghdad in 2014, but Iraqi forces backed by US-led air strikes and training have since retaken significant ground, including the cities ofTikrit , Ramadi and Fallujah .

The recapturing of Shirqat came a day after a top US military officer said that the final push for Mosul could begin next month.

"We assess today that the Iraqis will have in early October all the forces marshalled, trained, fielded, equipped that are necessary for operations in Mosul," US General Joe Dunford, chairman of the Joint Chiefs of Staff, said at a military event in Washington on Wednesday.

"Timing of that operation now is really just a function of a political decision by Prime Minister [Haider al-]Abadi."

READ MORE: Messages from ISIL territory ask forgiveness for murder
But there are still significant military, political and humanitarian obstacles between the launch of the operation and entering and retaking the city.


Once the push is launched, a coalition of heterogenous forces will have to fight through ISIL defences, in some cases over distances of dozens of kilometres from their current positions, to reach the city.

Then, if the strategy for Mosul follows that used in previous operations, the security forces  will seek to surround and seal off the city prior to an assault, which will involve street-by-street fighting against ISIL fighters.

The Mosul operation also poses major humanitarian challenges, with the United Nations warning that up to one million people may be displaced by the fighting.

"Humanitarian agencies are racing against the clock to prepare for the humanitarian impact of the military campaign," the UN said.