ISIS terrorists crucify spies, cut off man’s finger for stealing and throw another off the roof for being gay. (Graphic Photos)

These pictures show ISIS extremists crucifying supposedly spies, hacking off a thief's hand with a meat cleaver and hurling a man off a roof for being gay in a series of brutal new wave of punishments.

The extremists carried out their gruesome public executions in front of a baying crowd, in a town squares in northern Iraq. Separate other pictures show blindfolded men being tied up in public and shot in the head as other Iraqis, watched in awe. More pictures after the cut: 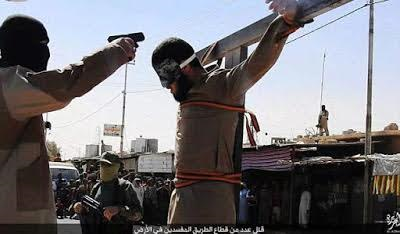 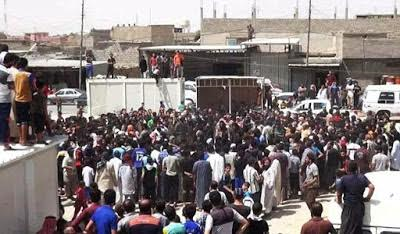 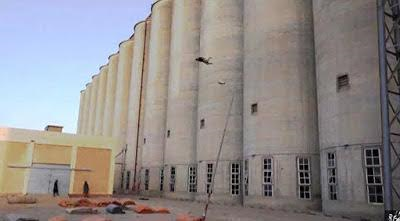 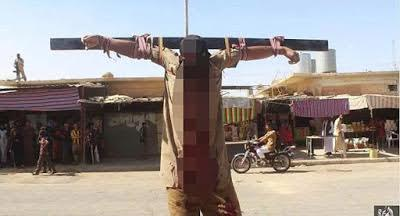 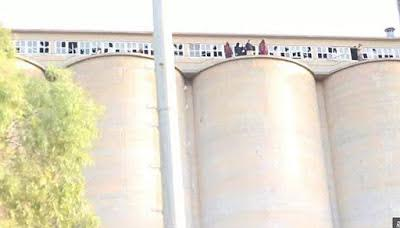