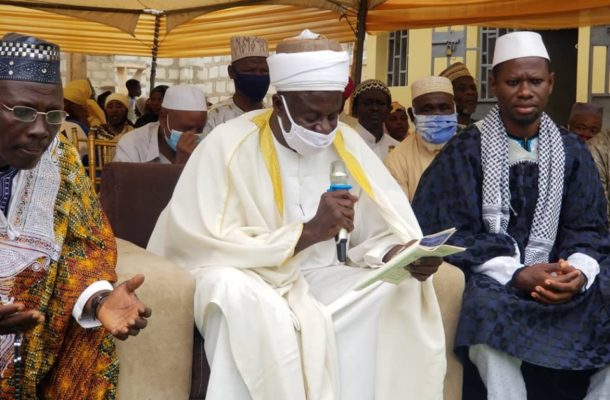 The Bissa Muslim Youth of Opeikuma have held a dual-purpose prayers program to seek God's intervention for the country, bringing together Bissas from all spheres of life into one community.

The Quranic recitation program was held jointly with a naming ceremony of a newly-born baby of one of the organisers, making it a day filled with unity and jollity.

It comes at a time when the country is battling the pandemic whiles preparing for the 2020 Election in December and it received a massive turnout from Muslims across the country. 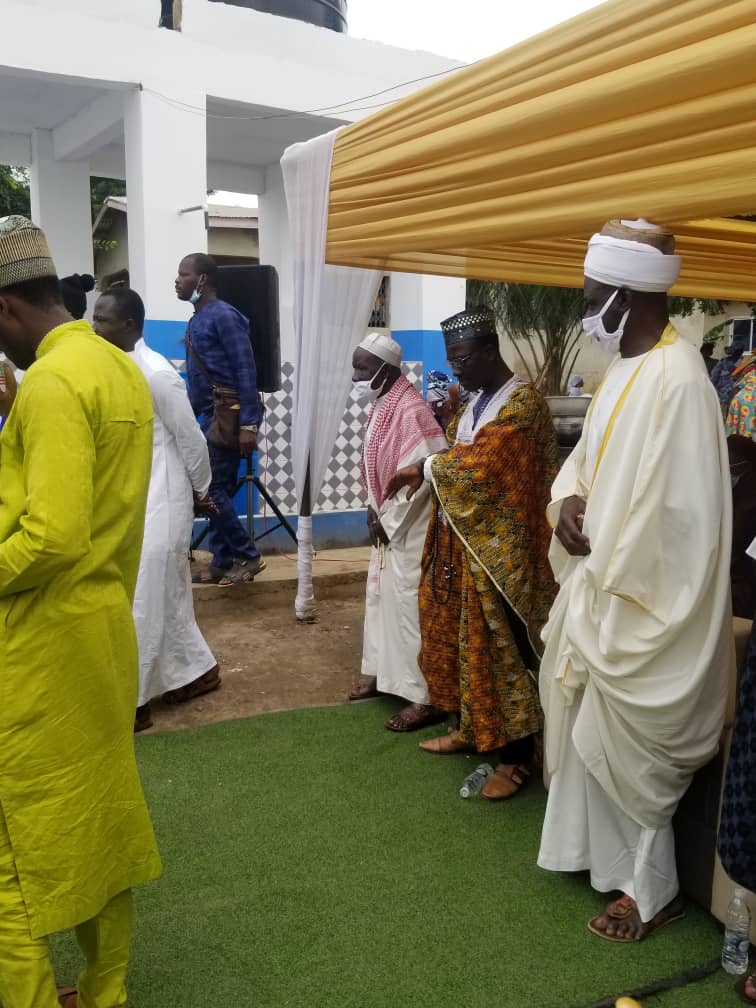 Themed "seeking Allah's Mercy unto Ghana in the Pandemic and the Election", Saturday's event was graced by many Bissa greats.

The third edition of the annual Quranic recitation and Dua was a youth-organised program but received a massive attraction from both the youngsters and the elderly.

"The rationale behind the program is to commit ourselves, Community and the country at large into the hands of the almighty Allah for his protection," he said.

"When I came to this community at first, people were living in fear due to the operations of land guards, which affected Business and livelihood so we introduced this annual prayer session for Allah's intervention and I must say it has been successful as we enjoy our peace and unity now.

"We are in our third year now and this year's has coincided with my naming ceremony of my newly born baby, we will say Alhamdulillah to that.

On why the group chose the theme for the event, he said : "As we are all aware, this year has been a very tough one for the world as every country has been hit by the covid-19 pandemic and this country in particular is going for Presidential election, therefore we are here today to grant peace before during and after the election and his protection from this virus." 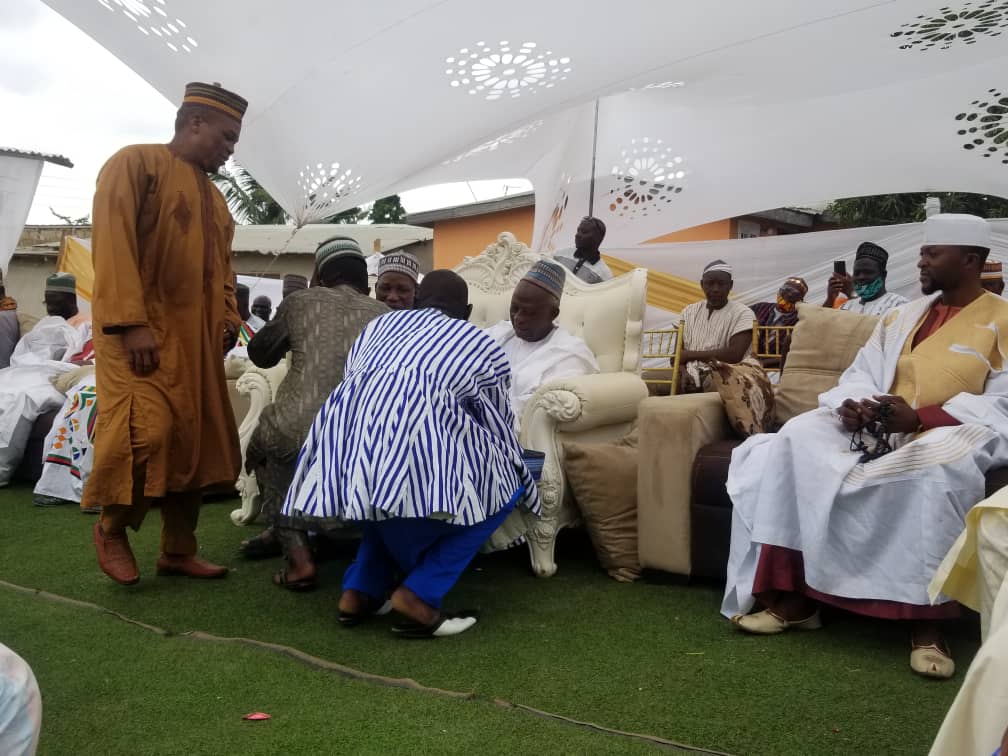 Saturday's event which brought many Muslims from across different ethnic groups under one umbrella, also saw the attendance of Khalifa Of the National Chief Imam, Shaikh Yahya Al- Amin, who was the Special Guest of Honour.

It was an  event graced by many prominent Bissas such Chiefs and Business moguls, creating a unique platform for fruitful networking within the Bissa fraternity.

Present at the even were the Greater Accra Bissa  Chiefs Kir Mohammed Ali Dabre III, with were the Bissa Chief of Darkuman, Kir Abdul Razak Bambara, the Nyanyano Bissa Chief Abdulahi Zakari and the Chairman Counsil of Bissas in Nyanyano  Alhaji Issaka Tanko Zanpagal zampaligre. 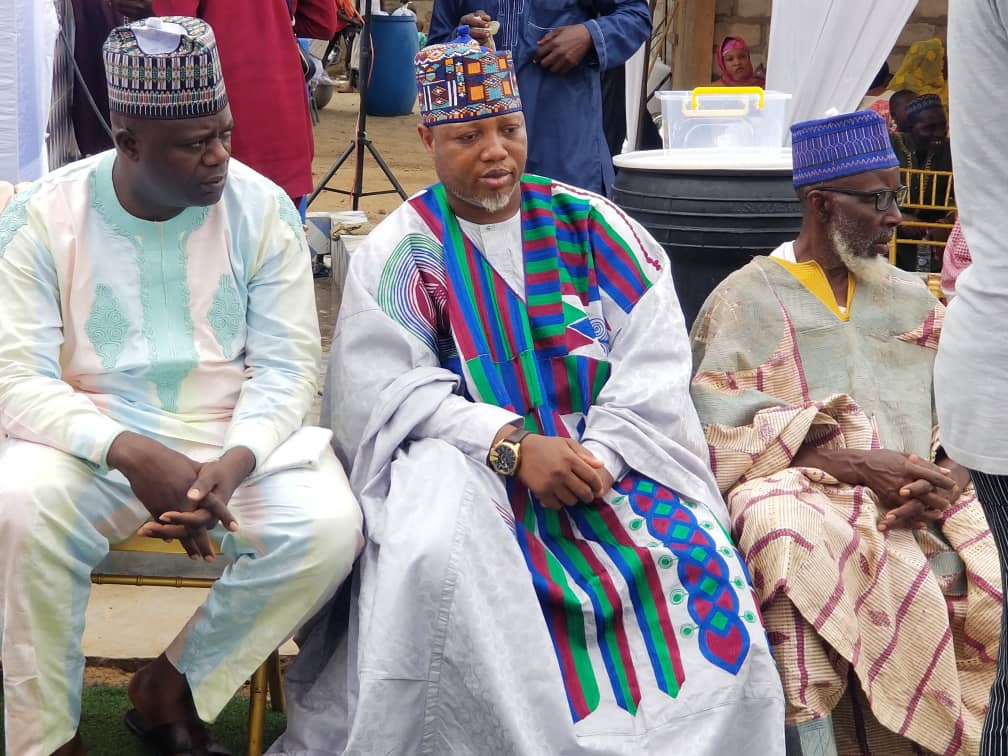 In an interview with Bissanewsonline, Chief Kir Mohammed Ali Dabre III, who  doubles as the President of Greater Accra Council of Bissa Chiefs , hailed the organisers for coming up with a "historical" program  and urged Muslim youth in the country to emulate them.

"Today's program was very enlightening, we'v learnt a lot from each other and we'v learnt what the youth have done which to me it's one of the historical things in the Bissa Community.

"They came to this community and started organising this Quranic program annually and they have been able to organise this year's edition to coincide with the naming ceremony of one of their members, that is something unique.

"I think this is something we all should support and replicate in our various communities." 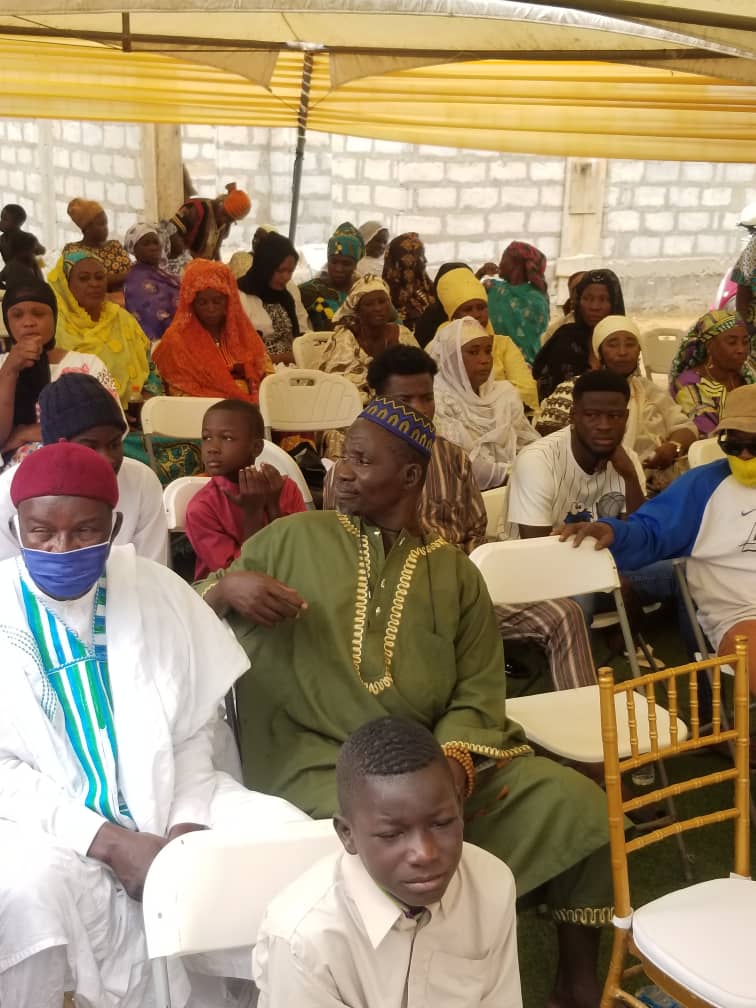 Opeikuma  is a suburb of Kasoa in the Central Region, which has a large number of Bissas.

According to Mr. Monnie it's an honour to have a huge attendance for this year's event, thanking "each and everyone who made it to the event grounds to support the Community with prayers."

He said the community hitherto had gained notoriety in sordid operations of landguards until they came together to seek Allah's intervention, which he says has paid off.

According to him, the program has come to stay and it is his expectations that "this annual Quranic event will grow from strength to strength for the benefit of the people of the Opeikuma community".