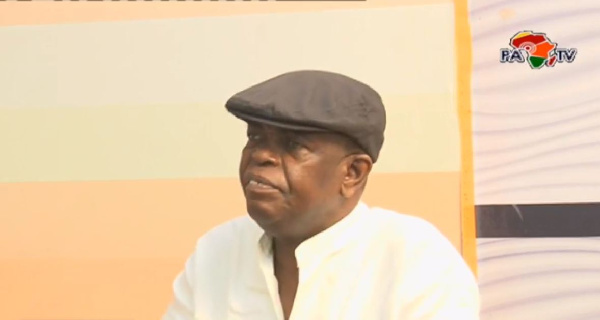 Kwesi Pratt Jnr, says “it does not make sense” for President Nana Addo Dankwa Akufo-Addo to order the reopening of schools at this time when the COVID-19 pandemic is at its peak in the country.

According to Pratt, the Managing Editor of the Insight newspaper, most of the students at the nation’s premier university, the University of Ghana do not go for lectures because these lectures are already being held online.

“About 90 per cent or more of the students on university campuses are not going to lectures. They are using Zoom, so what is the sense in ordering them to go back to campuses when indeed they are having virtual lectures?” Pratt Jnr. asked during a discussion on Pan African TV’s “Alhaji and Alhaji” on Saturday, February 6.

He asked further, “Somebody must explain why there is the need for university students to congregate when they are doing their studies virtually?”

Kwesi Pratt Jnr. cited an example of a little kid who went to school in a face mask given by her parents, but returned in a different face mask.

When the parents enquired the kid told them that she had to exchange the mask with that of her best friend’s.

He added that children of a certain age cannot effectively manage the situation such as the one he referenced, but they can manage that with the guidance of their parents or guidance, hence the need for them to stay at home instead of being in school.

He further indicated that the COVID-19 cases are ballooning and teachers cannot effectively manage the cases in their various schools.

“Let my grandchildren become illiterate rather than dead grandchildren. I am aware of many parents who have decided that their children are not going to school because the conducive conditions [for] going to school do not exist now. This pandemic is dangerous, it is real, it is affecting people, people are dying and people are going to die a lot more,” Pratt Jnr. warned.

President Nana Addo Dankwa Akufo-Addo in the first week of January, during his 21st address to the nation announced that all students from kindergarten to Junior High School will return to school from January 15. According to him, the government has drawn lessons from reopening some sections of educational institutions in 2020. Thus, it is in a better position to commence a new school year.

“Our children must go to school, albeit safely, and we are satisfied that, in the current circumstances, the re-opening of our schools is safe,” he said as part of his address on Sunday, January 3, 2021.

President Akufo-Addo directed that SHS students in Form Two and Three would return to school on January 18.

Both the SHS1 and SHS3 students would no longer be on the Double-Track System, according to President Akufo-Addo, because of the expansion of infrastructure at the various senior high schools.

The President also announced that tertiary students were to return to school on Saturday, 9th January.

President Akufo-Addo urged parents to not panic because “Prior to their return to school, the government, through the Ministry of Education and the Ghana Education Service, will ensure that all institutions, public and private, are fumigated and disinfected.”

He added that government through the Ministry of Education, will provide face masks, ‘Veronica’ buckets, hand sanitisers, liquid soap, rolls of tissue paper, and thermometer guns for the safe re-opening of the schools.